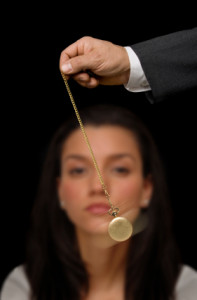 We’re down to crunch time in the primary.  The establishment is falling all over itself to paint a picture illustrating Thom Tillis running away with this thing.

We’ve gotten a lot of talking heads from Raleigh and DC describing Tillis as “the one who can win.”  The problem? Polling may show Tillis at the top of the pack in the primary, but it also shows him losing to Hagan in a general election.    He runs weaker against Hagan than Mark Harris, Greg Brannon AND Heather Grant AND Ted Alexander.  What does that do to the establishment argument that Tillis is THE ONE who can beat Hagan?

It’s also being repeated that neither Brannon nor Harris have any money.  Granted, Karl Rove and the Bush team have helped Tillis rack up $2.7 million through April 15.  Brannon has $1.1 million to Harris’ $845,000.  One million dollars is not exactly something to sneeze at.  Ask Dr. Evil.

It’s also quite interesting to see the dramatic jump for Tillis in the polls In February’s PPP survey, Tillis had 20 percent of the primary vote to 13 percent each for Brannon and Grant.  In March, PPP had Brannon and Tillis tied at 14 percent each.  Their poll released here in April has Tillis with 46 percent to 20 percent for Brannon.  From 14 percent to 46 percent in a little over a month.  THAT is an amazing jump.  Tillis has been on TV and radio for months and has been sputtering and stalling in the polls. During that time, his favorables barely moved, but people began moving from undecided to unfavorable.   Now, he gains 32 points in the polls in a little over a month?

Public Policy Polling is a left-leaning organization.  Yet, their competence is being questioned by the legendary liberal publication The New Republic.  (See THIS and THIS, for starters.)

Now, let’s move to 2014.  Civitas / Survey USA has Tillis up 39 percent to 20 percent over Brannon.  PPP has Tillis at 46 percent to 20 percent for Brannon.  PPP had a sample of 694 while Civitas had 392.  For both of these pollsters, these were the smallest samples they’ve used since 2008.  Why?  Take a statistics class and you’ll learn that the bigger your sample gets, the more likely your results are to be accurate.   Why go small for 2014?

Don’t fall for spin being circulated out there. Don’t let Raleigh and DC beat you down and discourage you.   Make your voice heard.  Get informed on the issues, and get out there and cast your vote on or before May 6.