Spending more than you take in may be SOP on Capitol Hill, but the practice sure doesn’t bode well for you in running a business, or running for office.  Greensboro-area radio personality and US Senate candidate Bill Flynn has finally converted his status with the FEC from 2012 House candidate to 2014 US Senate candidate.

He’s hired a campaign consultant, and added a campaign adviser.  But it’s not real clear HOW he plans to pay for either of them. 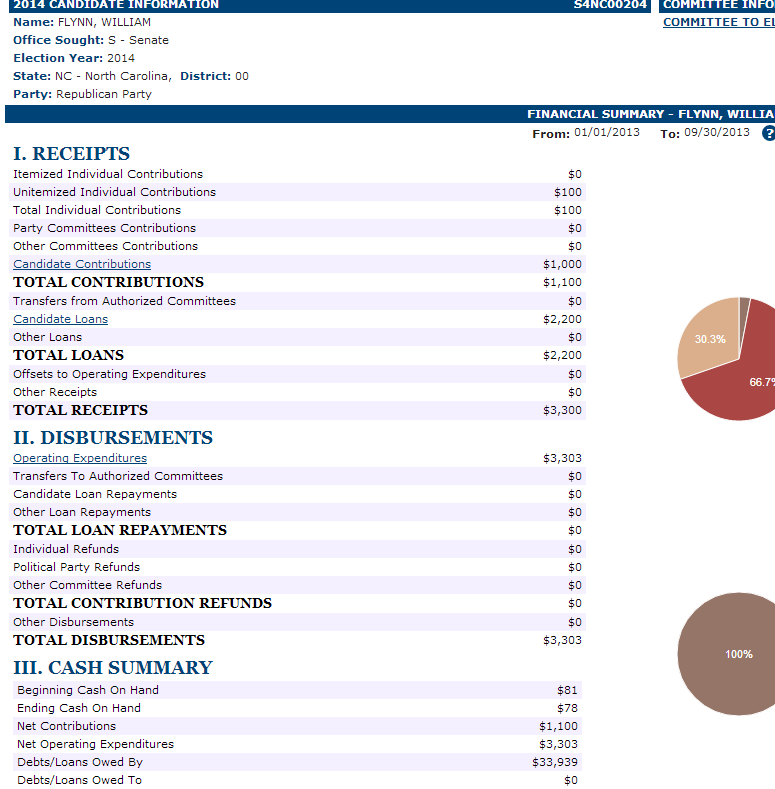 Yep.  You’re reading that right.  For first three quarters of 2013, Flynn’s campaign spent $3 more than it took in.  Also, $3200 of the $3300 he reported raising came out of his own pocket. The $33,939 figure at the bottom of the graphic is the total debt left over from his 2012 primary challenge to congressman Howard Coble.

On the bright side, the Flynn campaign DOES have some cash-on-hand:  $78.00.   Though, they better get moving if they want to have enough to pay that filing fee for the US Senate race, which is due by February 28.