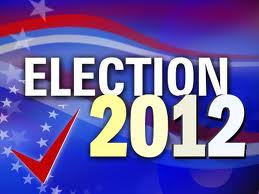 In May,  Illario Pantano of New Hanover County — the 2010 GOP nominee for this congressional race — and state Senator David Rouzer (R-Johnston) will face off for the privilege of taking on incumbent Democrat congressman Mike McIntyre in November.

McIntyre, who has represented the 7th in Washington since 1996, was drawn out of his district in the recently approved redistricting plan.  McIntyre’s home, in Lumberton, now sits within the 8th congressional district, currently represented by fellow Democrat Larry Kissell.  Instead of running in a primary against Kissell, McIntyre chose to run again in the reconfigured 7th, which is more Republican than it was in 2010.

Recent fundraising totals are looking good for the incumbent:

[…] Incumbent U.S. Rep. Mike McIntyre said Thursday his campaign raised $225,000 in the third quarter, bringing his fundraising total to nearly $680,000 in the 2012 election cycle. He now has more than $555,000 in cash on hand for next year’s race for Southeastern North Carolina’s seat in Congress.

Also Thursday, state Sen. David Rouzer, a Johnston County Republican vying for the GOP nomination, said his campaign brought in $200,000 since he started raising money about six weeks ago. He had $193,000 in cash on hand as of Sept. 30.

Republican Ilario Pantano of Wilmington, who is expected to challenge Rouzer in the GOP primary, reported earlier in the week that his campaign collected $65,000 in the third quarter, bringing his fundraising total to $175,000 with seven months to go before the GOP primary. Pantano listed $29,000 cash on hand. […]

Pantano, a decorated Iraq War veteran and former Marine, lost a close race to McIntyre in November 2010. During that race, Pantano was dogged by news reports about his shooting of some Iraqis in the Iraq war zone a few years earlier.  Now, an important witness has stepped forward to say that charges brought against Pantano for the Iraq incident were without merit:

Ilario Pantano‘s well-documented shooting of two Iraqis in 2004 became ammunition for political foes during his recent election bids and put questions in the minds of voters.

But now, as the Republican Wilmington resident again seeks a seat in Congress in 2012, Pantano says the recent words of the military medical examiner who inspected the remains of the two men after they were exhumed in 2005 should put those questions to rest.

“In my mind, it really closes the book,” Pantano said.

Pantano recently re-released his book detailing the killings and the Article 32 hearing – the military equivalent to a grand jury proceeding – that followed.

In the letter, Rodriguez expresses frustration that premeditated murder charges would be brought against Pantano without first examining the remains of the dead Iraqis. Without that evidence, Rodriguez writes, Pantano’s prosecution hinged on the testimony of one member of the platoon that Pantano led.

Rodriguez also expressed concern that the military rushed to prosecute Pantano, then 33, as the shootings closely followed the incident at Abu Ghraib prison, a black eye for the military.

When the bodies were exhumed about a year after the shootings, with Pantano’s case still open, Rodriguez conducted the examination.

What he saw, he said in a phone interview with the StarNews, made it “very clear” that the men were not shot from behind, as some had suggested.

“I said to all assembled, ‘Here is solid scientific evidence that these two Iraqis were shot from the front and not in their backs,'” he wrote in the letter. “Lt. Pantano is innocent.”

Rodriguez said the positions of bone fragments fractured by bullets were a clear indication that the shots came from the front. Also, he said, copper oxidation stains on the front side of the skeletons also suggested the bullets entered from the front. Bullets, Rodriguez said, are encased in copper jackets that peel away and break up in the body. Over time, the copper oxidizes and leaves stains, he said.

Rodriguez said he read Pantano’s book and has spoken with him since he sent the letter. He said Pantano’s life might be much different if the bodies had been examined before the military brought charges against him.  [..]

A fundraising party for Senator Rouzer is drawing fire from Pantano, his primary opponent, as well as the state Democratic Party:

The newest candidate for the 7th Congressional District seat in the U.S. House is taking heat from both sides of the aisle over a scheduled fundraiser at a lobbyist’s home.

A group of N.C. lobbyists is hosting the fundraiser for state Sen. David Rouzer, R-Johnston, who recently announced his bid for the GOP nomination for the seat held by U.S. Rep. Mike McIntyre, a Lumberton Democrat.

According to a flier, the fundraiser will be held Sept. 15 at the Raleigh home of Theresa Kostrzewa, who represents a number of organizations and businesses as a General Assembly lobbyist.

State statutes prohibit lobbyists from giving to candidates for the General Assembly, but there is no prohibition against those same lobbyists giving to congressional campaigns.

Several other state lobbyists are listed at the top of the invitation. At the bottom is this sentence: “Please note that federal law recognizes the First Amendment rights of NC lobbyists and allows personal contributions to be made to Congressional candidates!”

Andy Yates, a spokesman for Republican Ilario Pantano of Wilmington, who is expected to face Rouzer in the GOP primary, said he finds it “disconcerting” that lobbyists who aren’t allowed to contribute to Rouzer’s state Senate campaign are sponsoring a fundraiser for his run for Congress.

Rouzer has no plans to step down from the Senate as he seeks the higher office. Yates said lobbyists who contribute to his Rouzer’s congressional campaign are likely to seek his support on state legislative issues in the coming months. Rouzer is co-chairman of the Senate Agriculture/Environment/Natural Resources and the Natural and Economic Resources Appropriations committees, and a member of several other committees.

“He’s going to be having a say in bills that are supported or opposed by lobbyists for at least the next year,” Yates said. “At the very least, it gives the appearance of a conflict of interest.”

“It’s clearly against the spirit of the law, and I would hope that he would postpone the fundraiser until after he’s finished his legislative duties,” Robinson said.

For his part, Rouzer said he knew some of the people hosting the fundraiser long before he was elected to the Senate. […]