Poor Dallas  Woodhouse. His mama fussed him out on live national television.  He and his brother make fools of themselves each week on Fox & Friends.  His brother called him a ‘racist’ on Twitter.  What’s a nice young man like Dallas to do?

Judging from this fundraising email that went out from an official NCGOP email account on Monday, it looks like young Dallas has taken on another job to help him cope with his family issues: 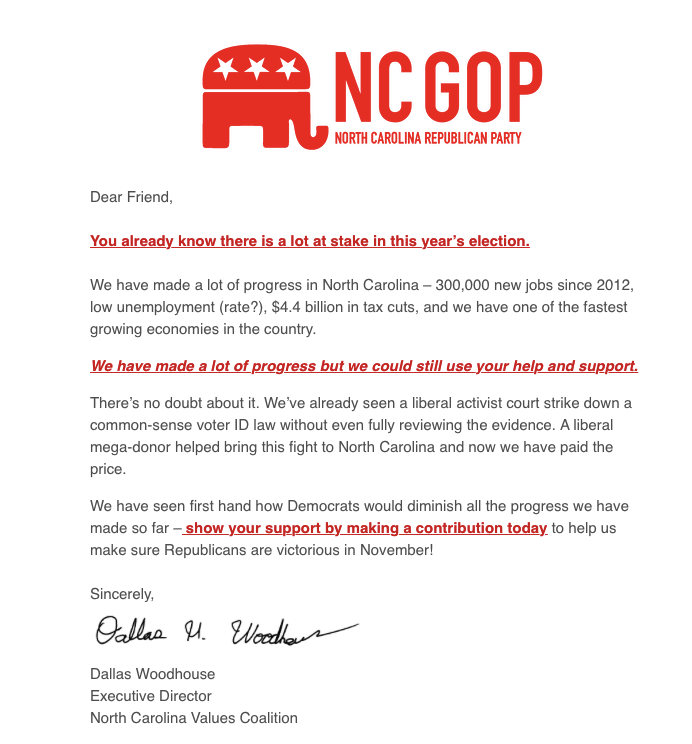 I imagine it can be perceived as quite a coup to have a political mastermind like Dallas Woodhouse running BOTH the NCGOP and the leading family values lobbying group in North Carolina. (I don’t know what this might mean for the NCVC’s tax status.)