It’s interesting to see Team McCrory so worked up over Robert Brawley.  Their guy has all the money and name ID and organization.  Brawley is not 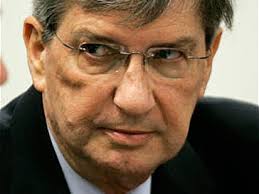 so well known outside of the Charlotte area, and doesn’t have much of a campaign treasury.

Right as the rumors surfaced that Brawley was thinking of entering the GOP primary for governor, a 1997 Greensboro N&R piece on the legislature conveniently surfaced.  Establishment forces pointed to it rabidly — declaring that it was evidence Brawley sided with Jim Black (just like Richard Morgan).  Really?  Let’s see what the article — which is really about RINO former legislator Steve Wood — says about Brawley:

[…] The political machinations behind the votes this week were wondrously Byzantine:

House Speaker Harold Brubaker of Asheboro, whose district includes part of southern Guilford, and other House leaders had agreed to support Brawley for speaker pro tem if Brawley supported Brubaker for speaker.

Earlier this month, Brawley had lined up behind Brubaker’s Democratic opponent for speaker, state Rep. Jim Black of Mecklenburg County. Brubaker cut his deal with Brawley to help secure the speakership, and Brawley did vote for Brubaker Wednesday, helping him keep that post.

But other House Republicans – the majority of them – were still so angry at Brawley for considering a Democrat for speaker that they nominated Russell, who had been the House GOP’s original choice for the job this year.

That’s when Wood, already known as something of a maverick in the House, saw his chance and rose unexpectedly to nominate himself.

Only two other Republicans voted for him – Michael Decker of Walkertown and Rick Eddins of Raleigh. The rest of his support came from Democrats.

After the vote, Wood’s fellow Republicans accused him of treachery, of cutting some sort of shady deal with the Democrats. […]

First, we’re talking about Black’s pre-prison, minority leader days.  At that time, there would not have been a whole lot of difference between him and Brubaker.  (Kinda like choosing between getting shot or stabbed.)

Second, it appears that Brawley used his vote — in a close race –as leverage to get what he wanted out of Brubaker.  Third, he was a good soldier and voted FOR Brubaker.  Fourth, it appears Brawley got stabbed in the back in regard to his deal with Brubaker on the speaker pro tem race.

Let’s also look at a review of that era from Blinkin’ Chris’s crew at NC Policy Watch:

A former Republican state representative from Iredell County whose vote Black once sought in the race for speaker. Brawley unsuccessfully ran for state insurance commissioner in 2004. […] \

Does Team McCrory really want to go there — accusing someone of being too chummy with Jim Black — when THIS VIDEO is floating around out there?  Oh, and there’s this gem from our 2013 archive:

[…] But  back to Gov. Pat.  Our new chief of state put Mr. Hood’s “conservative” label to the test this past week during an interview with F. Chuck Todd on MSNBC.   We picked up on  more than a few interesting nuggets in the six-and-a-half minute interview:

And we haven’t gotten around to all of the Democrats appointed by the McCrory administration.