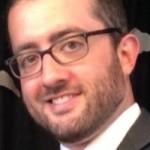 We broke the story about Mecklenburg GOP chairman Curtis Watkins trying to recruit a primary opponent for House Majority Leader Mike Hager(R).  It turns out that — beyond being an establishment operative —  ol’ Curtis may have an ulterior motive in targeting the Rutherford County legislator. .

You see — Mike Hager has been a staunch opponent of state government subsidies and mandates that benefit the solar energy industry.  Curtis Watkins WORKS FOR one of those solar energy companies — SolarWindow — that depends on those mandates and subsidies to stay afloat.   In fact, according to the company web site, ol’ Curtis is Vice President of Energy Markets and Utilities AND a member of the company’s board of directors.

Civitas told us all about the solar industry’s political mischief HERE and HERE earlier this year.

So, Republicans in Mecklenburg County are being led by a man whose company’s business plan flies directly in the face of the state party platform.  *AW-KWARD.*