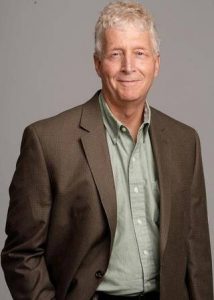 Somebody needs to wake Jim Morrill up and tell him it is no longer 1991.  Yes, dear readers, 27 years after the fact — The Charlotte Observer’s Jim Morrill is trying to derail the career of Clarence Thomas.

He penned a lazy piece of tripe that let Angela Wright, an Anita Hill wannabe, rant unchallenged about a great American and brilliant jurist.  I worked on The Hill during Thomas’s confirmation hearings.  I don’t know how now-Justice Thomas stood it.  The guy took more abuse and public humiliation than any one person should have to.  If you ever wonder why more of our best and brightest don’t offer themselves up for public service, go back and research that particular travesty.

A Charlotte-area conservative, and fan of this site, once told me about a conversation he had with Morrill: “Jim, you’re an OK political reporter.  But you’d make a great sports reporter. A GREAT one!”  (In other words, Better sports than politics.  Make him Coach K’s problem instead of Republicans’  and conservatives’ problem.)

In Morrill’s defense, he has been  fair to me.  He’s actually quoted this site accurately and called me for quotes.  But THIS piece on Clarence Thomas was complete tripe –dictation from liberal spin artists.

Morrill dictates the commentary of one Angela Wright, apparently angry — 27 years later — that she didn’t get as famous as Anita Hill.   But Morrill neglects to tell his readers some info that convinced even Democrats to keep her out of the hearings:

[…] Wright’s credibility problems began with her checkered job history. She had been fired from her first job in Washington — working for Democratic Congressman Charlie Rose — after she “walked off the job because [she] got angry.” After a short stint at the Republican National Committee, where she also chalked up a questionable performance record, Wright went to work as a political appointee in the State Department’s Agency for International Development (USAID). She again performed poorly. When her supervisor, Kate Semerad, told her that she would be fired if her work did not improve, Wright resigned and made baseless racism allegations against Semerad.

When Semerad later went before the Senate to be confirmed for a senior administration position, Wright made an attempt at revenge. She took her old allegations to the committee considering Semerad’s nomination. The committee launched an inquiry but ultimately rejected the allegations as unfounded and then confirmed Semerad in her new post. Wright then moved to the Equal Employment Opportunity Commission under then-chairman Clarence Thomas, where she spent only one year, turning in another spotty performance record before being summarily dismissed by Thomas for referring to a colleague as a “faggot.”

[…] When Thomas was up for confirmation to the Supreme Court, Wright’s pattern of smearing former bosses seemed to repeat. When her name first surfaced in the Hill investigation, several people expressed doubts about the veracity of any allegations she might make against Thomas. Thelma Duggin, a friend of both Wright and Thomas, told the FBI that she visited with Wright in August 1991 and Wright was still “pissed that he had fired her” and that she “want[ed] to get him back.” This was less than two months before Wright leveled her allegations publicly. Duggin also told the FBI that Wright was “a little shaky on the integrity side.”

Jay Morris, Kate Semerad’s former boss at USAID, made a statement to the Senate Judiciary Committee expressing similar concerns about Wright’s vindictiveness: “I am struck by the startling parallels between what Mrs. Wright did [to Semerad] and what she is doing now. She vowed vengeance on a former supervisor for dismissal on the basis of incompetence. … The entire process suggested a last-ditch attempt to stop the advancement of someone she resented.”

[…D]uring the Thomas hearings Wright was not called as a witness before the Judiciary Committee not because a bunch of white men were afraid to hear her, but because she herself declined to testify. I recently spoke with Sen. Alan Simpson, who was a member of the Senate Judiciary Committee during those hearings. He told me that he was in then-Chairman Biden’s office with the full committee during a late break in the hearings when Biden announced he had just received note from Wright’s lawyer saying she did not want to testify. Biden then negotiated an agreement with Wright and her lawyer, memorialized in a letter she signed. The letter stated that although Biden preferred for her to testify in person, Wright could choose to decline. Her subpoena would be vitiated, and her interview with Committee staff would be placed in the record.

Far from being prevented from testifying, Wright chose not to testify. And for good reason. During Wright’s interview with Senate Judiciary Committee staff, she had refused to answer questions about her previous allegations against Ms. Semerad. Ms. Wright would not have been so lucky before the full committee in full view of the media, where her credibility would have been shredded.

[…]  Democrats have been angry for years that they failed to derail Thomas’ nomination. It is strange, however, that HBO would try to use that movie to bolster the credibility of Angela Wright, a woman best known for being fired by Thomas after she uttered a homophobic slur. In HBO’s reimagined take on the hearings, Wright will always be the woman that the New York Times and Democrats wished she were — a “second woman” who would testify that Thomas made inappropriate comments to a female in the workplace.

Wright was not that woman. That the producers of “Confirmation” would lionize a woman who was fired for making a homophobic slur is troubling, and shows you what Hollywood will do when it values sensation over truth.

Not just Hollywood.  McClatchy and the rest of the driveby media, too.