Granted, it’s registered voters and not likely voters. But it does fall in line with previous info we’ve seen.  Earls’s 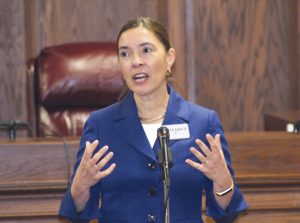 lead is clearly outside the margin of error.  Even if Jackson scoops up ALL the undecideds, it’s not enough to catch Earls.

The NCGOP campaign team is doing a sorry job of (1) raising Jackson’s name ID, (2) tying her to the conservative view on jurisprudence, and (3) educating the voters on what a radical nut job  Earls is.  For pete’s sake,  Earls is on the record speaking admiringly about murderous, authoritarian, asset-seizing Marxist African dictators!

Earls is also out there speaking with pride about going after cops who “murder” minorities. With rhetoric like that, I was surprised to see an endorsement of her by “law enforcement leaders.” (I went to her campaign website to investigate.  The “leaders” are all former Democrat US attorneys, former Democrat sheriffs, and current Democrat sheriff candidates.)

The woman speaks lovingly of the idea of taking assets from people who have stuff, and “sharing” them with those who have less.

She has campaigned with Eric Holder, who –  as US attorney general — gave a pass to Black Panthers conducting racial intimidation tactics at polling places. 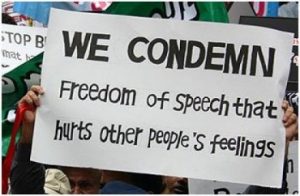 She would clearly take the bench with a crystal clear agenda that is anathema to our most cherished American ideals.

There HAS to be some education on Earls.  That lead HAS to be knocked down.  Or we will have years of a leftist majority on our state’s highest court, legislating from the bench, and giving Wayne Goodwin and Roy Cooper a great way to end-run the GOP majority in the General Assembly.