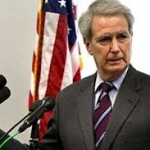 When news broke that Walter Jones was one of thirteen Republicans to vote NO on the hallowed tax package pushed through the House by Paul Ryan and the boys, I just knew it would be misused to further the myth that Jones is some kind of “liberal.” I just knew that the NCGOPe boo-birds — seeking to replace Jones with one of their own by perpetuating that myth — would have a field day. Speaking of said boo-birds, here’s one NOW:

(*Gee.  Somebody’s still touchy about not getting any consulting $$$$ from ” a certain elected official’s campaign.”*)

You can’t count on the driveby media or the NCGOPe boo-birds for the full story.  So, let’s go to the man — Mr. Jones — himself:

This afternoon, the U.S. House of Representatives debated H.R. 1 – legislation that would make sweeping changes to America’s tax laws.  Congressman Walter B. Jones (NC-3) – a leading fiscal conservative – reluctantly voted against the bill, primarily due to the trillions of dollars that it is projected to add to the

national debt.  He is also concerned about the potential impact on the Eastern North Carolina economy, veterans, and middle class families. His statement follows:

“I’m all for tax reform, but it must grow the economy, not the debt.  Unfortunately, the tax bill voted on today would be financed not by cutting spending elsewhere in the budget, but by adding up to $2 trillion to America’s debt.  Much of that would be borrowed from potential foreign adversaries like China, and then put on the backs of American taxpayers.  That’s at least an additional $12,000 burden for every household in America.  With federal debt already at $20 trillion, and deficit spending adding $666 billion to that debt just this past year alone, this is the wrong way to deliver the tax relief that the American people so desperately need.

For years, I have constantly sounded the alarm about the need to cut wasteful spending, balance the budget, and eliminate the massive debt that is bankrupting our nation.  This is not just an economic issue, it’s a national security issue.  Former Chairman of the Joint Chiefs of Staff, Admiral Michael Mullen, has testified that the biggest threat to our national security is America’s rising debt.  Our current Secretary of Defense, Marine Corps General James Mattis, has affirmed that principle. When Admiral Mullen made his statement seven years ago, our debt was $13 trillion.  It is now 50% larger.  We’re going the wrong way fast, and unfortunately, this bill would quicken the pace.

I am also concerned that this bill would result in millions of middle class Americans, and thousands of Eastern North Carolinians, paying more in taxes, not less.  In fact, in just five years, it is estimated that more than 20 percent of Americans would be paying more in federal taxes as a result of this bill.  That is the last thing struggling American families need.  Among them would be some of the 23,000 people in the 3rd District with significant medical bills that currently utilize the medical expense deduction, which this bill would eliminate.

Finally, the bill contains many provisions that are particularly problematic for Eastern North Carolina.  Among other things, the bill would eliminate the work opportunity tax credit for employers who hire veterans.  With veteran unemployment still higher than it should be, and with so many veterans in Eastern North Carolina, that incentive should be retained.  The bill would also eliminate the mortgage interest deduction on the purchase of second homes.  That could prove to be harmful to property values and the economy on the coast.  Lastly, it would eliminate the deduction for casualty losses incurred by hurricane and flood victims.  That has been a huge help to many Eastern North Carolinians trying to put their lives back together after a major storm.

As the bill moves to conference with the Senate, I will continue to work get these problems addressed so that we can create jobs and grow the economy, not the debt.”

I am all for getting rid of the mortgage deductions and state and local tax deductions — IN TANDEM with across the board rate reductions for EVERYBODY.   These deductions and credits are tools for politicos to toss favors to cronies and provide fodder for reelection efforts. (i.e., “Look what I DID for YOU.”)

You want to grow the economy? Let everybody keep more of their hard-earned dollars.  We know what to do with it. So did our forefathers.  And theirs.

5 thoughts on “#ncpol: Jones and taxes.”