We all remember Dallas Woodhouse running around trying to get anybody with a pulse to file as a Republican candidate for the General Assembly.  One of those warm bodies has been disqualified for, apparently, registering to vote as an afterthought.

Here’s another one of those warm bodies, also from the Charlotte area:

Ty Turner is not your typical Republican candidate.

In 2014 he ran for the state Senate as a Democrat.

He was a member of the North Carolina Democratic Party’s executive committee as recently as 2015.

He was a Charlotte LGBTQ activist who once helped manage a Planned Parenthood office. […]

Hmmm, 2015.  Well, the disqualified warm body didn’t register to vote until nearly the end of the 2018 filing period. 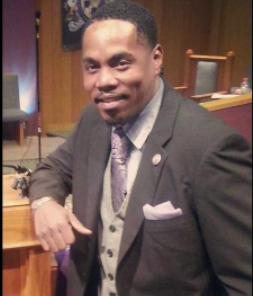 the seat held by Democrat Mary Belk. Another Republican, 31-year-old Benton Blaine, says he’s dropping out of the race although his name remains on the ballot.

“I have the ability to say I was a Democrat and I was a Republican and I can see the difference,” Turner says.[…]

And what, pray tell, is that “difference”?

[…] The one-time Democratic activist, who is African-American, has become a self-described “avid Trump supporter.”

He says President Donald Trump has been “the number one advocate for the LGBT community.”

“I’m loving the fact that since the president came into office he has pushed inclusiveness,” Turner says.[…]

Oh, so it’s not free markets or low taxes or strong defense or tough on law and order.  The GOP is more gay-friendly than the Democrats are.

[…] Until now, Turner has generally made news as a partisan activist.

In 2014 he finished a distant fifth in a Democratic Senate primary won by current-Sen. Joyce Waddell. He made news later that year when he was arrested during a Moral Monday protest in uptown Charlotte for distributing handbills in what police said violated city ordinance.

Police claimed he was contentious and non-compliant when they asked for identification. Defenders said police over-reacted.

A delegation led by Rev. William Barber, leader of the Moral Monday movement, marched to the police station to defend Turner. Two days later the NAACP rallied behind him and asked police to investigate his arrest.[…]

Running around with The Round Rev as late as FOUR YEARS AGO.  *Oooooooookay. *

[…] At a state Democratic gathering in 2015 Turner nominated Charlotte’s Janice Covington Allison, a transgender woman, for chair of the state party.

Turner says he came to believe that African-Americans have to start holding the Democratic Party “accountable for 54 years of inaction” since passage of Civil Rights Act and voting legislation. He calls black voters who regularly vote for Democrats “direct deposit Democrats.” In addition, he says the GOP more closely aligns with his values.

He says, for example, that he’s long been anti-abortion despite working for Planned Parenthood. But he believes abortion is a woman’s decision. “The key is I should not make a decision what a female does with her body,” he says. “That’s up to her and God.”

“It does concern me that we have a member of our community who seems to have had such a drastic shift in political thought, especially as it related to our own community,” he says.

Allison, who considers Turner a friend, says she was surprised by his political conversion.

“But he has the choice to doing what he wants,” she says. “He’s still my friend.”

Woodhouse says Turner is an example of the party’s big tent.

“We are always happy to see new Republicans come into the fold,” he says. “We always want people to come our way.”

Hey, who needs party-building (or even a party platform) when you can simply sign up random people at the last minute to run for office?

15 thoughts on “#ncpol: Another of Dallas’s warm bodies?”