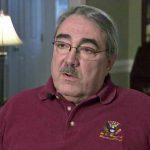 kooks who managed to register to vote into three congressional districts. Satan could register as a Democrat and STILL win by 70 percent.

The result?  G.K. Butterfield, David Price, and Alma Adams (who struggles with counting). 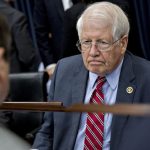 Butterfield is a former judge.  He should know better.  Price is on the faculty at Duke — where they all believe they are smarter than the rest of us.  He should TOO.

Grand jury proceedings are secret.  The details of what gets discussed there are secret.  Revealing ANYTHING publicly about what happens in the grand jury room earns you some time behind bars.

This is clearly a ham-handed attempt to intimidate federal law enforcement.  I can image Butterfield is worried.  Most of his district is in the jurisdiction being investigated.

ICE and Homeland Security are taking the point in the investigation.  So, it would be easy to infer that it has to do with foreigners / illegals voting in North Carolina.  Even the NY Times admits foreigners have

been voting in North Carolina.

The unwatchable Steven Colbert even once suggested that the light-skinned Butterfield might be pulling a scam on the Congressional Black Caucus.   (I’m still waiting for THAT investigation.)

One thought on “[#ncpol] Professor Dave & GK: Investigate the investigation.”