Oscar Keller, a 94 year old Sanford resident, was awarded the Order of The Long Leaf Pine just before Christmas.  The award is handed out by the governor of North Carolina to honor “distinguished service” to the state and its people.

Keller recently hosted a fundraiser for Gov. Pat McCrory in Sanford.  We had the details:

[…]  Carter Keller (Unaffiliated) is also a steering committee.  He gave Bob Etheridge $750 in 2010 — the year he lost to Renee Ellmers. Oscar A. “Buddy” Keller (Unaffiliated) is also a steering committee member.  We found three OA Kellers in Sanford  in the FEC database — Oscar, Oscar, Jr.; and Oscar, III.  Oscar and Oscar, Jr. have given to a wide range of Democrats — including Kay Hagan (2008), Erskine Bowles (2004) and the North Carolina Democrat Party (2002-2004).

Oscar, III has been more generous and kind to Republicans — donating to Renee Ellmers and Elizabeth Dole.  (Though, he did give to Bob Etheridge in 2010 — the year Renee Ellmers beat him.) […]

So, Keller and his family dump money on Democrats and the occasional Republican — such as Liddy Dole or Pat McCrory. Keller recently hosted a fundraiser for the governor’s reelection, and the governor gave him the award.  Now,. check out who showed up to present McCrory’s award to Keller: 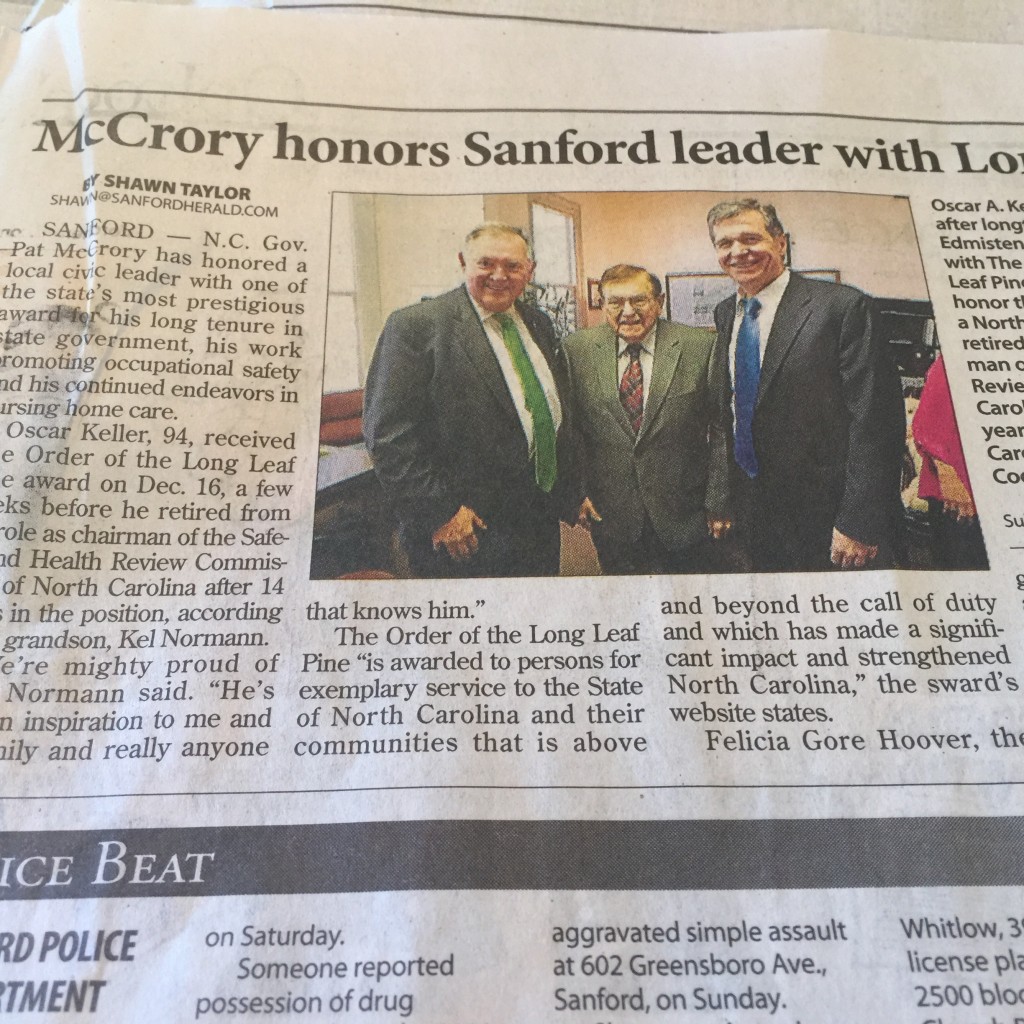 For those of you who are not so politically-aware, THAT is former secretary of state and attorney general Rufus Edmisten (D) and current attorney general Roy Cooper (D) in the photo presenting the award to Keller.   (For those of you who may not have watched the news or read a paper recently, Cooper is favored to be McCrory’s opponent in November.  There’s nothing like giving someone an award and having your top rival present it and get some PR for it.)