South Carolina Gov. Nikki Haley — looking more and more like The Palmetto State’s Renee Ellmers — has been getting some abuse from conservatives for her “response” to Barry Obama’s speech the other night.  She has confirmed that her speech was meant as an attack on Donald Trump, and that the folks at the RNC approved.

None of this stopped NCGOP executive director Dallas Woodhouse — fresh from being rescued from the Tea Party hordes by Joyce Cotten, her daughter and Zan Bunn —  from showing Haley some major love on Facebook: 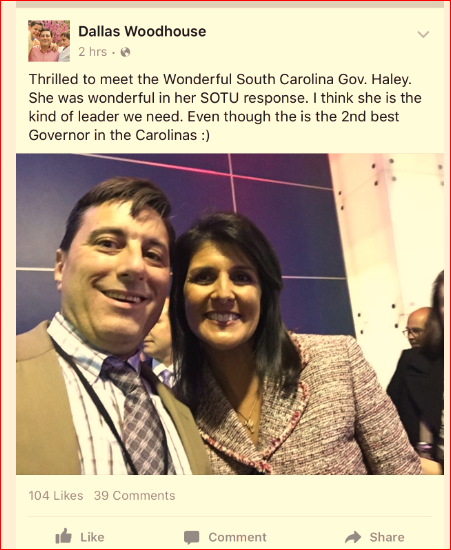 Not a lot of folks were agreeing with ol’ Dallas: 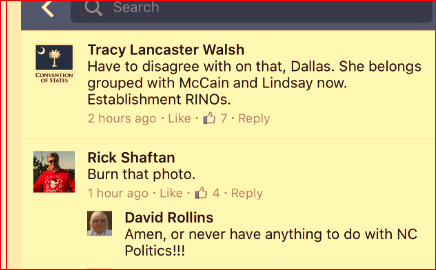 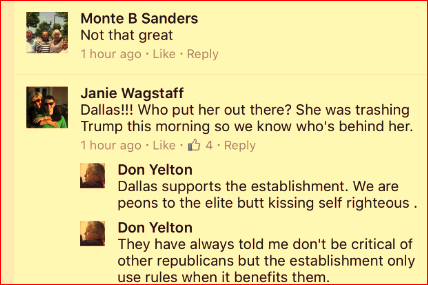 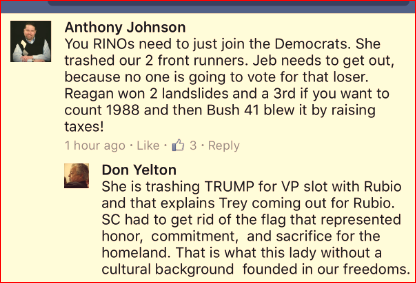 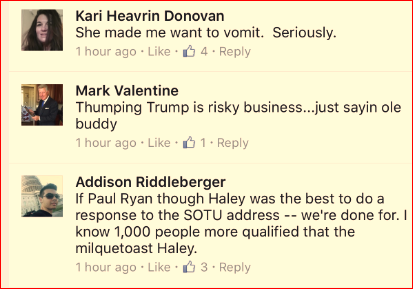