It’s usually not a good sign when your candidate’s team starts publicly poo-pooing the polls. After weeks of not so friendly findings being released publicly, Governor Pat McCrory’s team went public with some criticism of the polls (especially the latest from Monmouth and CNN): 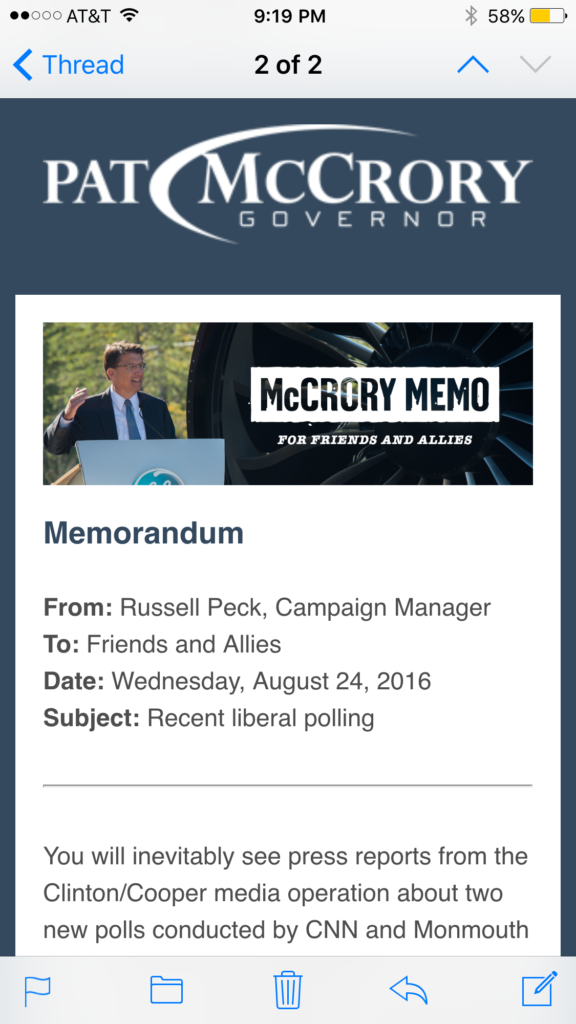 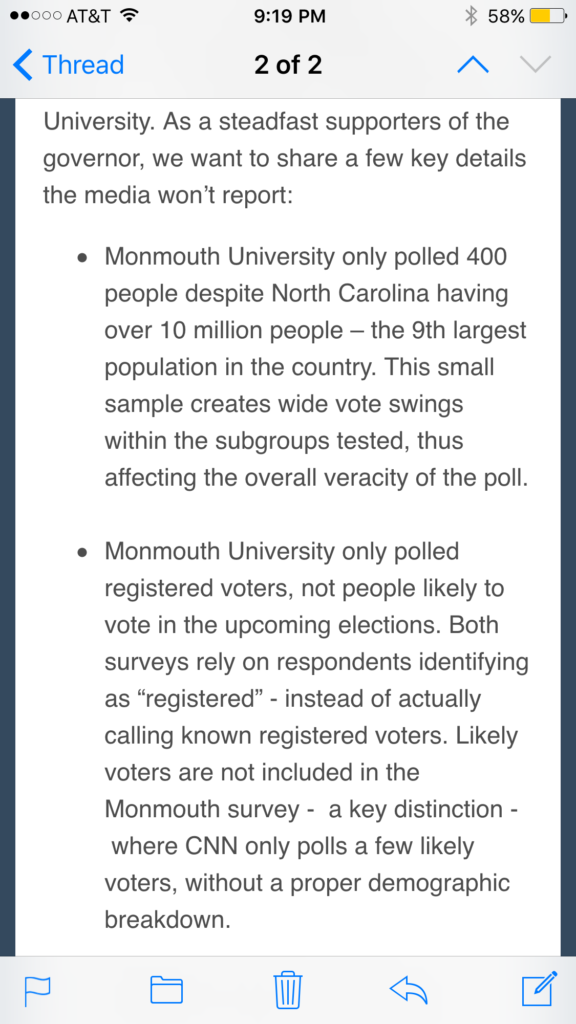 First, Russell knows better on this whole sampling thing. You can’t poll EVERYBODY.  Statistical computations are performed to come up with a reliable sample size.  He cites 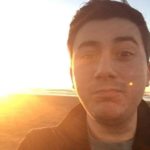 the “more than ten million” figure.  According to the state board of elections,  North Carolina currently has 6,668,789 registered voters.   A total of 4,372.287 people voted in the 2012 race for North Carolina governor.

The margin of error is key to look at in determining how reliable a poll is.   For Monmouth’s poll, the MOE was +-4.9 percent.  That means McCrory and Cooper’s individual percentages could be as much as 4.9 percent higher or 4.9 percent lower than what has been reported. 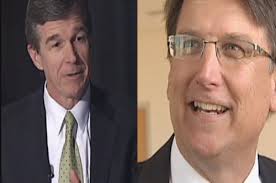 Both polls have Republicans Trump and Burr locked in tight, neck-and-neck races, while the McCrory-Cooper race is much more one-sided. It’s hard to play the conspiracy card here.  Why not show Trump and Burr down big too?

So far, in 2016, only PPP and Civitas have produced polls kind to McCrory.  Civitas has given leads of 5 and 7 to McCrory in May and June respectively.  PPP called the race a TIE in May and June. (Their August poll, however, gave Cooper a one-point lead.)

Other than PPP and Civitas, pollsters looking at this race since April have consistenly pegged a Cooper lead anywhere from  6 to 9 points.  (The pollsters really fell on their faces in 2014. Only one — something called the Harper poll — picked Thom Tillis to beat Kay Hagan in the waning days of the race. )

Granted, the real heat of the campaign hasn’t been stirred up yet.  But Team McCrory needs to take these findings very, very seriously.  They haven’t done  a great job of winning the people’s hearts and minds or making the case for another four years.

Right now, with the ads I’ve been seeing, Cooper actually sounds more conservative than McCrory.  The low-info voters may actually mistake Cooper for the Republican in the race.

Roy Cooper is the second coming of Mike Easley.  If Cooper comes out on top in November, it won’t be due to any sort of accomplishment or WOW factor.  It will be due to the squandering of a marvelous opportunity by the current occupant of that big house on Blount Street.

11 thoughts on “#ncgov: Peck-ing away at the polls”