Judging from some chat screenshots from late March with a local GOP activist, Ken Robol (comments in grey) appears to be wavering in his role as chief prosecution witness: 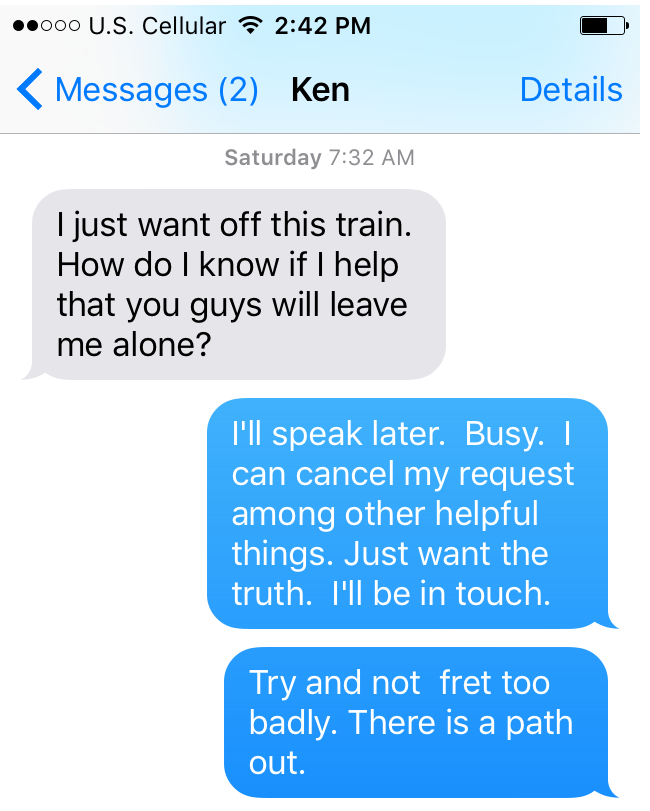 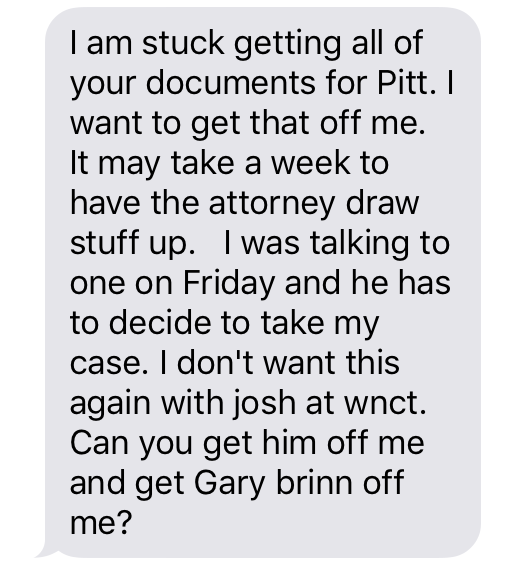 Of Course, Dallas Woodhouse got wind of this conversation, and reached out on Facebook: 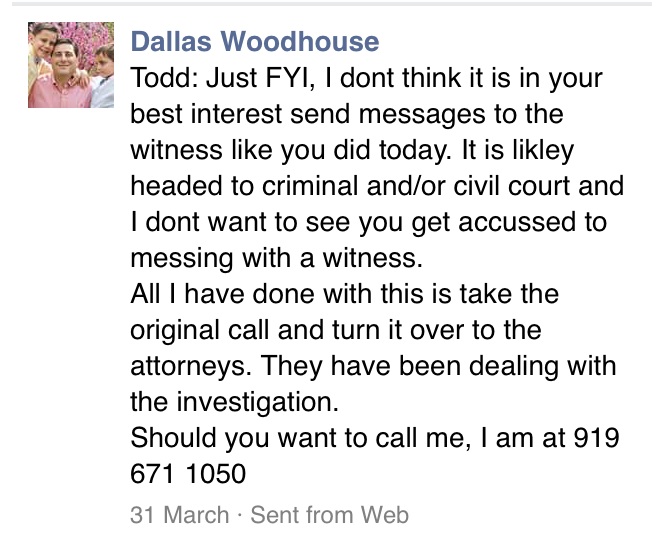 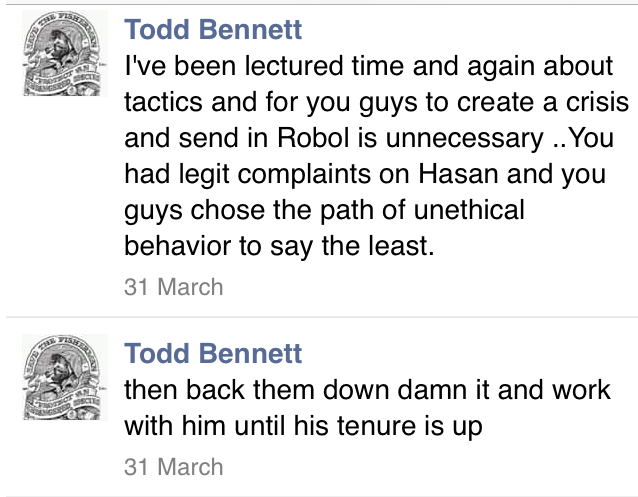 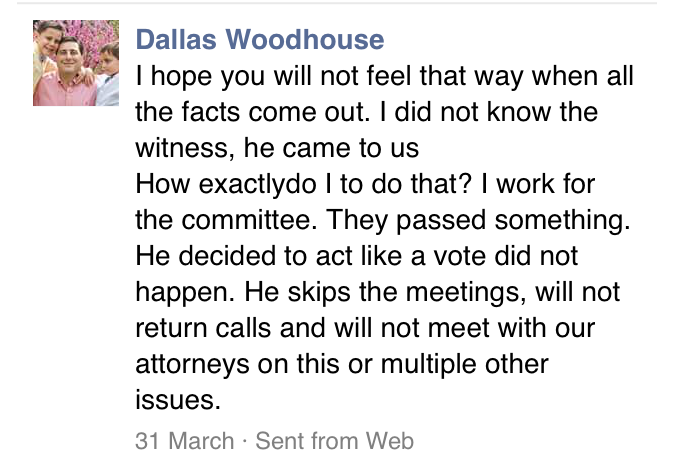 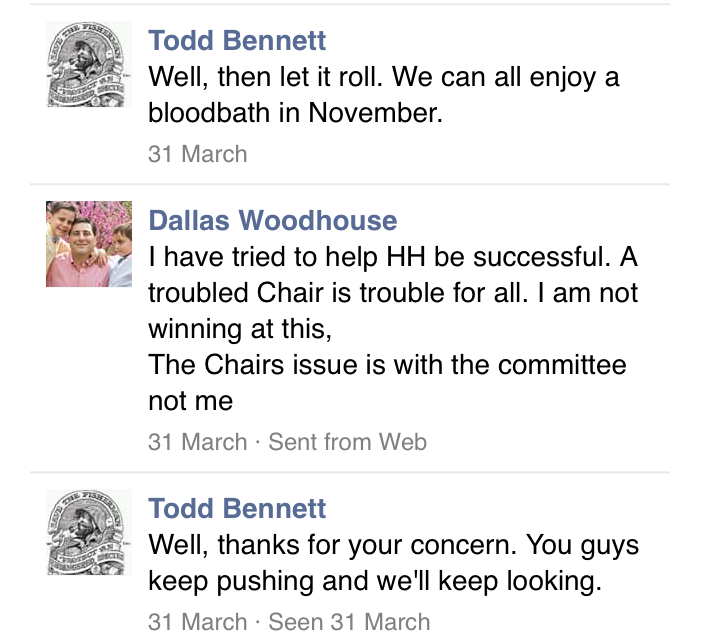