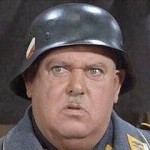 We’ve got the problem with the IRS filings for Carolina Rising.  We’ve got the highly erroneous attack on Charlotte reporter Nick Ochsner.  We’ve got Mr. Woodhouse pulling a Sgt. Schultz (I know nusssssssing!) about Karl Rove.  And now, we apparently have our fearless boy wonder either (a) terribly confused about the meaning of the words “large” and “diverse”, or (b) lying his ass off once again.

Get a load of this passage from The Center for Public Integrity’s writeup on the Carolina Rising kerfluffle:

[…] The fact that Carolina Rising received nearly all of its money from Crossroads directly contradicts what Dallas Woodhouse, now the head of the state Republican Party, told the Center for Public Integrity in a November 2014 interview.

In November, Woodhouse said Carolina Rising was funded by multiple donors, and the organization had “a large, diverse donor body.” 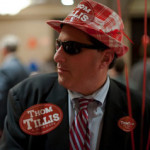 He did not immediately respond to an email requesting comment on the Crossroads GPS grant, or questions from the Center for Public Integrity regarding the apparent contradiction with his earlier comments. […]

I guess you can, technically, call Karl Rove LARGE.   But diverse?

It’s becoming terribly clear that you can’t believe a word that comes out of this guy’s mouth. That kind of rep worked well for Bill Clinton.  Maybe it will work out just fine for our boy wonder.

8 thoughts on “#ncgop: Once again, the boy wonder is BUSTED.”