ertainly shocked the political world this weekend.  It’s also become clear that the establishment is not going to play nice with the new  NCGOP chairman.  (Lt. Governor Dan Forest and Senate President Phil Berger — who both endorsed Craig Collins for chairman — were the first party VIPs to congratulate Harnett.  The silence from the governor’s office and the US senate offices, among others, is deafening.)

In his first official act as chairman, Harnett presided over an NCGOP executive committee meeting today.  Folks in the room for that event told me they saw and heard WAY TOO MUCH from state Rep. David Lewis (R-Harnett). Said one source:

”Granted, the best thing to do when you are inserted into a new role, is to do more listening than talking. You learn a lot more that way.  However, from what I saw today, the potential is there for Lewis and his crew to co-opt and basically run over our new chairman.  Harnett seems like a really nice, well-intentioned fellow.  He really needs to make sure that he gets some people into his inner circle that have his — an 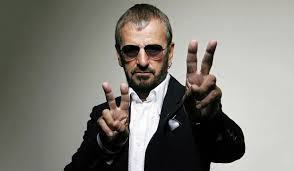 d the party’s — best interests as a top priority. Some people who are sympathetic to the Tea Party and the grassroots who are also quite savvy when it comes to the inside baseball stuff here at the party.  David Lewis is all about himself and his cronies. He’s not Harnett’s friend.”

Other sources in the room tell me that Ada Fisher — Lewis’s fellow RNC rep for North Carolina — was very vocal as well in support of Lewis.

Some sources expressed frustration to me about how the meeting progressed. Said one in particular:

“It was like some folks were intent on running out the clock so we couldn’t get to resolutions.  We got hung up on absolute nonsense and minutiae like the assistant treasurer. There were some resolutions that had been approved by the various districts. These resolutions, if passed at the executive committee level, could have helped put pressure on our legislators to stay on the conservative path as they finalize the state budget.  I can see an effort in the works to push consideration of these resolutions back to a date where they stay below radar and have no influence on the budget action.”

39 thoughts on “#ncgop (Hasan, like Ringo Starr, needs a little help from his friends)”