This IS the same person who tried to pick a fight with THIS website a couple of years back. (It appears he’s still trying to go a few rounds with the site in the ring.) 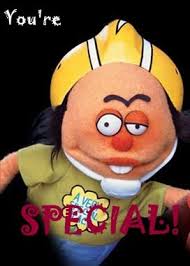 Woodcox was convinced then that we were talking a bunch of trash about him.  I did a search of our archives at that time and found absolutely NO MENTION OF HIM.  In fact, the only mention of him on this site EVER (as I write)  is in the “buffoon” post he is raving about right now.

This Woodcox guy is apparently trying to paint himself as the next McCain-style maverick.  He’s getting a lot of face-time on Spectrum News —  that channel which is always on in waiting rooms, reception areas, and airports — and in Raleigh’s dwindling driveby community.  Woodcox is the guy to see when you need a “Republican” to talk about how insensitive his party has become.

I hate to add to his publicity portfolio.  His tweet was included in my post to show how out of touch GOP operatives in Raleigh are with the rest of the state.  Woodcox blasts Trump as a “buffoon”, but a whole bunch of senior elected GOP officials sure fell all over themselves to 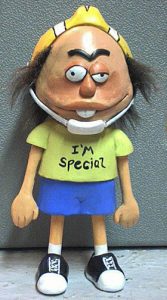 appear with Trump at a recent post-storm briefing on the coast.  (Roy Cooper was even there, front-and-center.)

If the NCGOPe powers-that-be actually take this Woodcox guy seriously, the party is in a lot more trouble than we thought.