We don’t need no  regulations 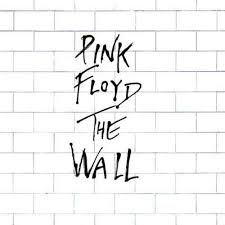 We dont need no  price controls
No   nosy bureaucrats in our business
Politicians, leave them   folks alone

It’s widely accepted that voters in November sent a message loud and clear:  Butt out.  And what have Republicans in Raleigh taken away from all that?:

North Carolina legislators expect to consider new state regulations in 2015 for fast-growing “sharing economy” companies such as Uber and Airbnb.

The businesses – which allow anyone to become a taxi driver or innkeeper through an online app – don’t face the same rules as traditional cabs and hotels. Sen. Bill Rabon, a Southport Republican, said legislation should make sure the state isn’t losing revenue because of the services.

“Are these drivers paying taxes on their income?” he said during a legislative hearing Tuesday. “Do we have a way of tracking that? If not, we should.”[…]

Hmm.  Rabon represents Wilmington and other coastal resort areas with quite a few hotels and cabs.  I am SURE his concern here is pure coincidence that has *nothing* to do with PACs or campaign contributions.  MORE:

Other legislators said they want to make sure drivers and short-term rental hosts carry adequate insurance and maintain safety standards. Sen. Floyd McKissick, a Durham Democrat, said North Carolina should look to states like California and Colorado that already regulate the services.

gulatory hurdles. Doris Jurkiewicz, who owns the Oakwood Inn in Raleigh, told legislators that the competition could force her bed and breakfast to close.[…]

(A bed-and-breakfast in Raleigh? *How romantic.*)  Holy Charles Darwin! Sounds like survival of the fittest to me. What’s next?  Legislation to protect video rental stores from Netflix?

There’s a pretty interesting phenomenon in free market economics called creative destruction.  Businesses need to change with the times — with the waves of technological innovation.  (Anybody seen a Blockbuster store lately? Notice how phone and cable companies are now focusing primarily on Internet service?)  If your competition is smacking you around, you need to reevaluate your business model and make changes QUICK. Perhaps you and your business are not meant to survive.  It should all be up to you and your level of hard work, not about how much government help or “protection” you get. MORE:

Much of Tuesday’s discussion focused on insurance. Oyango Snell, a lawyer for Property Casualty Insurers, said drivers for Uber or Lyft aren’t fully covered. The companies’ insurance only kicks in when the driver gets a ride request – and until then, they’re on their personal insurance policy.

Snell said companies should provide insurance whenever a driver logs in. April Mims of Lyft said that requirement would be unnecessary and expensive. “We anticipated that this could increase our insurance costs up to 500 percent,” she said.

Wait.  Isn’t there already a state law requiring adequate levels of insurance to lawfully operate a motor vehicle?   It sounds like these people are covered around the

Thomas Powers, a city attorney for Charlotte, said municipalities want the power to regulate all ride services. The General Assembly banned cities from regulating the online services in 2013. Longtime taxi companies, Powers said, are adding an app and “saying they’re exempt from all of our regulations.”

Aah.  So, the truth comes to the surface.  The League of Muncipalities is twisting arms and passing around cash on Jones Street.  MORE:

Rep. Julia Howard, who chaired Tuesday’s hearing, said legislation will likely be introduced when the General Assembly returns in January.

That settles it.  The fact that the president emeritus of The Richard Morgan Fan Club is behind this makes it a clear stinker.  Some sensible folks on Jones Street need to shoot this sucker down before it even gets off the ground.

Government should stand back and allow innovations like these to thrive and serve the people. It’s not my problem, or the state’s problem, if you are doing business under an outdated, obsolete model.

5 thoughts on “#ncga: We don’t need no (new) regulations”