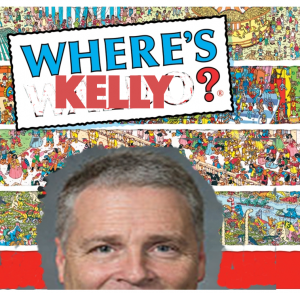 Its origins?  If a vote, that is either controversial or complex to understand comes up for a vote, Hastings vanishes.  In other words, he takes a walk.

It’s been giggled about around Jones Street for years, but this year –amidst a tight GOP primary in the 110th district — the story may have some traction.  Hastings, clearly worried about this, added the following to a recent campaign mailer:

These votes in the House aren’t surprises to the Members.  Hastings is close to House leaders, too.  So, he’s well aware of the agenda.

“Family responsibilities” and “Family emergencies” happen.  They are important. No one would criticize putting family ahead of legislative service.  That’s why a lot of people forsake running for the General Assembly or Congress.

These “rumors” Hastings speaks of are documented in General Assembly records. Kelly Hastings has, since 2015, missed more House votes than  his fellow Gaston area representatives John Torbett and Dana Bumgardner COMBINED.  He’s away at voting time more than these other two guys — from his neck of the woods.

Let’s also look at what Hastings missed.  He missed voting on the Appropriations Act — the state budget — in 2015 AND 2017.  Those are the times where you stand up and fight to ensure your local folks are getting their needs addressed.  And Kelly wasn’t there.

He missed voting on some key amendments to state transportation  policy.  Hastings missed votes on the Omnibus Criminal Law Bill AND on changes to Unemployment Insurance.

The folks in his district pay him to be there in Raleigh to VOTE on their behalf.  If “family concerns” are taking up his “representative” time, maybe it’s time he stepped aside for someone else who has more time to do the people’s business.