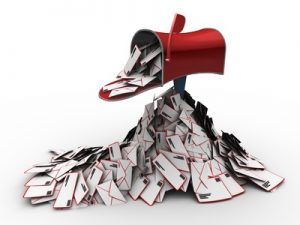 The special interests are going wild with these campaign mailers.  (I’m told they are going out to constituents of several Republican legislators close to leadership.  Names of candidates and pictures are being switched out.  But everything else is cookie-cutter.)

Here in Moore County, our state senate race is getting a lot of attention  from special interests, lobbyists and other money-guzzling residents of The Raleigh swamp.  For those of you keeping score at home —  We’ve already heard TWICE from the Senate GOP caucus. 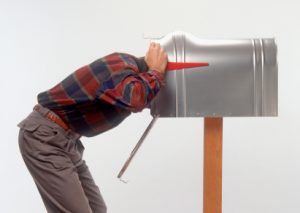 We’ve heard ONCE from the lobbyists for homebuilders.  We’ve also heard from the NC Chamber.

Yesterday, our mailboxes were treated to THREE — count ’em — mailers paid for and mailed by denizens of the swamp in defense of senator Tom McInnis, who is locked in a tight, tight, tight primary with Whispering Pines mayor Michelle Lexo.  We’ve been thrown into a new senate district with some other counties McInnis has represented.  But we don’t know him.  As far as we’re concerned, it’s an open seat. 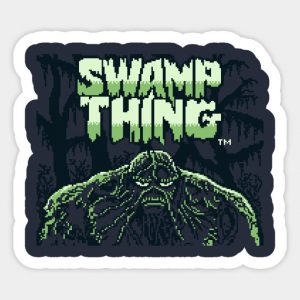 Mailer ONE pulled from the mailbox yesterday was from “Mainstreet Merchants for a Better NC.”  THAT is a PAC affiliated with the lobbying arm of the NC Retail Merchants Association.

Mailer TWO was from — again — the tax increase-loving, illegal alien-coddling North Carolina Chamber.  They tried to be tricky with this mailer by concealing their name.  The address on the mailer, however, (701 Corporate Center Drive Suite 400  Raleigh, NC 27607) is for the offices of the NC Chamber.  The flier also features a “NC Chamber seal of approval” graphic  –  separated from the return  address.

Mailer THREE was, once again, from our “friends” at the North

Carolina Republican Senatorial Committee — the affiliated committee controlled by Phil Berger and his friends in the Senate GOP Caucus.

So, that’s a grand total of THREE from Berger and the boys, ONE from the homebuilder lobbyists, ONE from the retail merchants lobbyists, and TWO from the tax increase-loving, Common Core-praising, illegal alien-coddling North Carolina chamber.

The folks in Raleigh who feed at the trough filled with our tax dollars sure do seem afraid of lil’ ol’ Mrs. Lexo from Whispering Pines.

8 thoughts on “#ncga: A mailbox FULL of swamp crap”