Uh-oh.  Just as Republicans were ramping up their ethics

attacks on Roy Cooper, along comes a shady, mysterious non-profit with allegations against a top Raleigh Republican:

A government watchdog group is accusing one of North Carolina’s most powerful legislators of using his political position for financial benefit – by stopping state regulators from cracking down on pollution at a property he owned and was trying to sell.

Tim Moore, a Republican, is the Speaker of the North Carolina House of Representatives and a lawyer from Cleveland County in western North Carolina. But he also co-owns a company called Southeast Land Holdings that in 2013 bought an abandoned chicken processing plant in Chatham

County, according to an ethics complaint filed Monday morning.

That poultry plant is the focus of the ethics complaint filed by the Campaign for Accountability, a Washington, D.C. based group. […]

This driveby fails to mention that the Campaign for Accountability is a “progressive” group focusing on politicos who abuse their positions for personal gain.  That’s a noble mission.  But their targets appear to be overwhelmingly Republican.  (Democrats lie and steal, too.)

[…] The group is asking a state ethics board to look into its accusations. The allegations focus on how state environmental inspectors treated the property when it was co-owned by Moore, as well as Moore’s potential role in taxpayer-funded grants associated with the property. 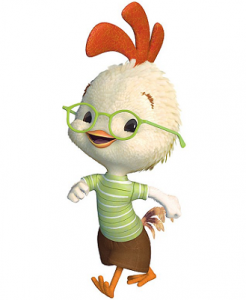 thousands of dollars in fees, and being given multiple extensions to address pollution on the site. DEQ officials could not immediately be reached to confirm that the emails are authentic.

Southeast Land Holdings, the company co-owned by Moore, bought the plant for $85,000 in 2013 and sold it for $550,000 in 2016, according to the complaint. Moore’s financial disclosure forms required by the state show he owned 25 percent of the property.

“Speaker Moore appears to have managed to delay DEQ from engaging in any enforcement action, giving his company time to secure a buyer for the property, eventually allowing him to sell the property for $465,000 more than the purchase price, just three years earlier,” the complaint says.[…] 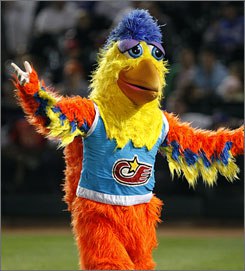 You CAN dismiss this as liberal claptrap.  But I’ve been hearing about this from conservative-leaning good government types inside and outside of the legislative building for over a year.  Unfortunately, no one had the guts to attach their name to it or supply documentation.

This is more of the same drip-drip-drip of ethical questions regarding House leadership.  Jason Saine’s $19,000 worth of clothing.  Nelson Dollar and the fiscal funny business with House caucus campaign funds.  David Lewis and his AWOL ethics complaint.

I know there are some good honest public servants in that House GOP caucus.  How much longer will you tolerate the drip-drip-drip from your leaders you elected?

3 thoughts on “#ncga: Trouble for Timmy?”