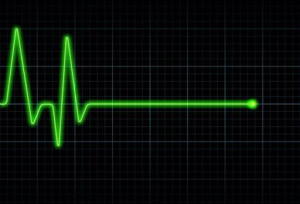 the beauty of the free market.  However, it took a lot of grassroots heat to get them to kill subsidies for solar energy providers.

The budget compromise still includes money for fracking companies, and all kinds of other welfare for private companies.

One of the more egregious examples of protectionism and corporate welfare still standing is the Certificate of Need (CON) system.  CONs are a great way for large health care providers to protect their fiefdoms from market forces or any sort of competition.  There is a bill currently sitting in the legislature that would end this travesty.  But, the big three in the House — Nelson Dollar, Tim Moore, and David Lewis – are bottling it up.  All three soak up a lot of hospital PAC money and are basically two-legged subsidiaries of some of the state’s largest health care providers.

Katherine Restrepo — one of John Locke’s burgeoning stable of brainy babes — had a great piece in Forbes on North Carolina’s CON racket:

It is pretty clear that North Carolina hospitals are adamant about using the state’s Certificate of Need (CON) regulations to shield themselves from the free market. After all, what law better protects their fortresses from potential competitors who could possibly provide more innovative services in less expensive settings?

Approval for another ambulatory surgery center (ASC), a gamma knife, or even a hospital bed is determined in part by a data-driven formula that produces the annual state Medical Facilities Plan, a 450-page inventory that accounts for all types of health care settings and services delivered across the state. North Carolina has one of the most micromanaged CON programs in the country. The SHCC regulates over 25 services, and it can take years for new and established health facilities to break ground. My colleague, economist Dr. Roy Cordato, compares the entire CON with Chinese restaurants:

In North Carolina, having a CON is the ultimate bulwark. For health care entities to receive a facility fee reimbursement from Medicare and Medicaid, they must be licensed. To be licensed means acquiring a certificate of need. And once a certificate of need is secured, incumbent providers can now take advantage of a gaping loophole that enables them to artificially lower the “need” for operating rooms as determined by the State Medical Facilities Plan.

[…]There is insufficient data to determine how many surgeries are being performed in procedure rooms, but Surgical Care Affiliate’s legal win is certainly benefiting the status quo and only makes it more difficult for new providers like physician-led ambulatory surgery centers (ASCs) to enter the market and offer services for less. This doesn’t mean that North Carolina’s Division of Health Services Regulation (DHSR) – an arm of the state Department of Health and Human Services – should regulate procedure rooms. More government regulation is simpleminded and irrational. Rather, operating rooms should also be removed from onerous CON regulations

In 2013, policymakers sought to relax regulations for applicants interested in building single specialty ASCs. So long as physicians would provide seven percent charity care and perform 800 surgeries each year, the SHCC would have to consider their proposals and push aside the “needs” projected by the State Medical Facilities Plan. Furthermore, ASC construction would not be permitted in counties with a population of less than 100,000 unless a rural community hospital agreed to a joint venture. This concession was designed to protect hospitals that feared losing their most lucrative services to these outpatient facilities.

There is no need to keep this system afloat — other than to keep certain favored lobbyists and deep-pocketed “interests” happy. Republicans gained majorities in DC and Raleigh due to the voters’ frustration with freedom-smothering regulations.

The cost of health care is a major issue in America today.  Time and again, the free market has demonstrated that increased competition leads to lower pricing and better deals for consumers.  Legislators could strike a major blow FOR consumers by pulling the plug on this ugly statist central-planning relic.