In the Speaker Joe Hackney era, you use campaign funds to buy yourself some new suits and you get bounced out of the House. Do it in the Tim Moore era, and you get promoted up the food chain in the House.

I disagreed with Joe Hackney’s agenda.  But I admired the heck out of his efforts to keep his (and our) House relatively ethically-clean.  I just wish there was even some effort coming out of the Moore speakership.

We got word some weeks back that the Wake DA had “cleared” Moore on some ethics allegations.  Moore and his House colleagues have a huge amount of influence on the Wake DA office’s budget.  Did you really think the Wake DA would dare to lower the boom on the man who controls the purse-strings?  That office didn’t get it done against Jim Black.  The feds had to step in and lower the boom.  (I am hearing THAT is the next chapter in this appalling political saga in our capital city.)

We also got a report that Speaker Timmy paid a top aide, one Mitch Gillespie, as much as $70,000 after he left his job in the speaker’s office.  Gillespie,  a former legislator, is known around Jones Street jokingly — I hope — as lil’ Timmy’s “Luca Brasi”. 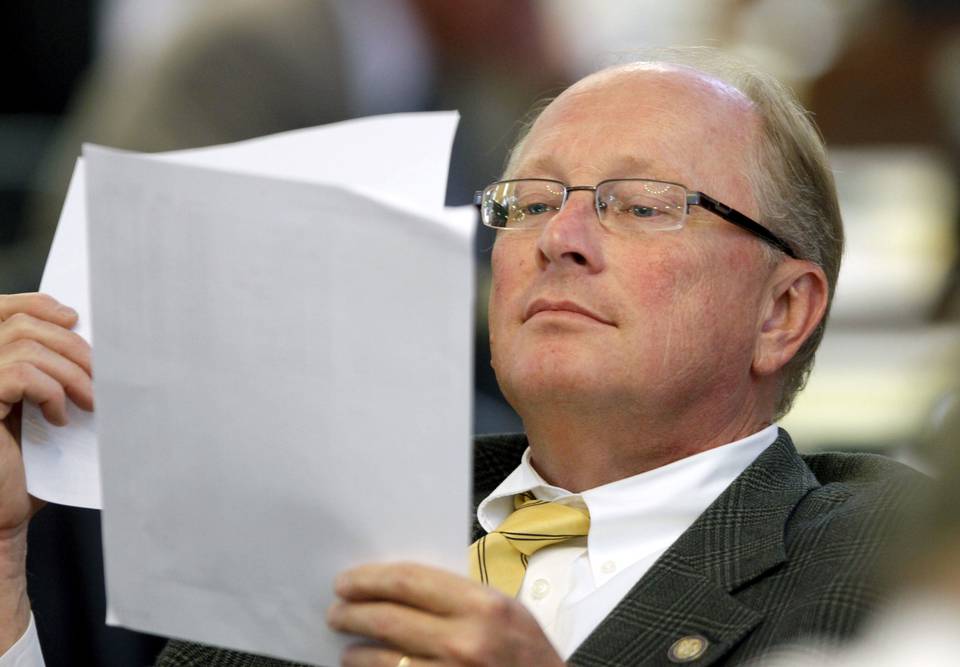 In other words, Gillespie reportedly knows where a lot of “bodies” are buried. A good guy to keep quiet and away from  grand juries.

Lil’ Timmy swore up and down in a number of driveby media accounts that he knew nothing about his former aide getting paid all this extra money.  Well, this weekend we got another report that suggests something, um,  different:

Records released to The News & Observer show that a former top aide to House Speaker Tim Moore left his job but continued to be paid for several months by using sick leave, a practice not provided for under state personnel policies.

As a result, the records show Mitch Gillespie received roughly $70,000 in sick leave, which he now says was based on a misunderstanding. The sick leave allowed him to push back his retirement date to the beginning of this year, instead of April 2018 when he stopped working.

Gillespie wouldn’t say whether he would repay any or all of the money. The State Treasurer’s office, which manages the pension system, is looking into his pay leading up to his retirement and it is in settlement talks with Gillespie.

Gillespie, 59, a former Republican lawmaker from McDowell County, had not responded to repeated N&O requests about how he collected pay for eight months after he stopped working — but before he retired. The N&O published a story about the retirement on Jan. 24.

After The N&O obtained his pay records and informed him in a phone message Thursday, Gillespie called back and said that he had received incorrect information allowing him to burn off his sick leave. He then released a letter from Carolyn Hunt, the legislature’s human resources director, in which she said there was a “miscommunication by my staff regarding the appropriate use of sick leave.”

“I want to apologize for the advice my staff provided to you,” Hunt wrote to Gillespie in the Jan. 28 letter. “This instance has caused us to initiate a review of NCGA leave policies and how my staff advises employees nearing retirement.”

Gillespie said the letter “vindicates me, that I’ve done nothing wrong.”

He also said Moore played no role in the sick leave payout. Frank Lester, a spokesman for State Treasurer Dale Folwell, who released the pay information in response to a public records request from the N&O, said sick leave requires the approval of Moore or his chief of staff.[…]

Hmmm.  Lil’ Timmy OR his chief of staff would have had to sign off on such a transaction.