You wonder why more people don’t throw their hats in Raleigh’s poltiical ring. Dare County Republican Beverly Boswell campaigned as a conservative and has served as a conservative.  She hasn’t minced words.  And that has made her a lot of enemies.

ation and interaction she has ever had with anyone in her district.  She’s picked up a primary challenge from a GOPe-type.     Here her opponent is explaining why he got into politics:

[…] I served as the vice-chair of the Currituck Chamber of Commerce for a few years. When I left, I was invited to join the board of the Northeast Workforce Development Board (NWDB). During my first meeting, they made me chairman. I chaired the NWDB for five years.

Some people call up and ask how I’d feel running for the Board of Commissioners. To be honest, I hadn’t even contemplated it. The idea didn’t really cross my mind. But I investigated further and thought it was something I could probably do, so I decided to run.

I went to every meeting for almost a year and watched how things worked. David Griggs, who was the previous chairman, decided he wasn’t going to run again, so I ran unopposed… which was great. That made things much easier.

I won my election, got inaugurated and five minutes later they made me chairman. So here I am. […]

*Can’t you just feel the passion — the conservative principles?* 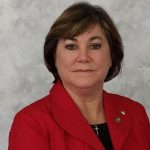 Now, it appears the peace-and-love crowd in Boswell’s district is showing their true selves:

The Liberal Left is a tolerant, compassionate, peace-loving bunch – at least that’s what they’d have you believe. Evidence to the contrary appears almost daily, perhaps exemplified best by the violent Antifa movements that seek to shut down dissenting voices or risk a beat down by a mob of masked cowards.

Far from being limited to the most hardcore of activists, political violence, or the suggestion thereof, oozes from all sorts of regular folks. A recent example of this is the case of one Ms. Holly Gibson, and her post in the Currituck County Political Forum Facebook group that someone should suffocate Rep. Beverly Boswell (R-Dare) with a plastic bag. 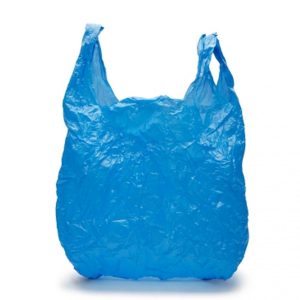 Now, there’s no telling what Rep. Boswell did to trigger Ms. Gibson. After all, Boswell well is a consummate conservative that likely triggers the Left with her mere existence. Judging by Gibson’s Facebook page (complete with ‘F*ck Donald Trump’ memes), though, Boswell’s profile picture of her holding a gun and demonstrating her commitment to the Second Amendment is probably what sent Gibson over the edge.

Gibson caps off a rant about the ‘divisive’ and ‘toxic’ Facebook forum by writing, “If there is a God a plastic bag will suffocate this bitch,” whole sharing a Boswell’s gun-toting profile picture.[….]