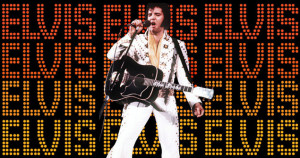 (No, not him.)   We’re talking about ethics.  A topic the majority in the lower chamber on Jones Street appears to need a refresher on.  Wait.  They GOT one in caucus the other day.

In that story, we dropped a hint about TWO members of the speaker’s inner circle getting ready to be hit with embarrassing campaign finance related news.  Well, one of those shoes has dropped — and it has apparently landed on Rules Committee chairman David Lewis’s head.

When is the last time you heard of a legislator being turned in to the Ethics committee by a member of his own party?

As a follow up, when is the last time you heard of the ethics committee handing down a substantive punishment to a wrong-doer?

We’re not holding our breath on this one.  The committee is packed with leadership suck-ups who will make this all go away once the publicity hubbub dies down.

But we DO understand the the House GOP caucus also has an internal system for handling ethics issues.  And it

IS pretty clear that there are a substantial number of House Republicans who have a bone to pick with Mr. Lewis and his method for doing business.  Going THAT route might get kinda fun and interesting.

One more House bigwig has a turn coming.  (AND we understand this is not the last go-’round for Mr. Lewis on this type of thing.  There is more coming.)

The House GOP has officially become everything it ran against in 2010.  Replacing them with Democrats won’t fix the problem.  It’s not an R vs D thing.  (Remember Jim Black?)

It’s a systematic problem rooted in big government.  Government has its talons sunk in to way too many aspects of our lives.  And there are PLENTY of people out there willing to pay elected folks, who happen to have the power, to loosen or remove said talons from areas that interest said payers.

Overreaching bureaucratic control breeds opportunities for payoffs and other forms of corruption.  Reduce the size and scope of government and you reduce the demand for favors and payoffs and quid pro quo.

Getting that done is going to involve a working majority of people who have not yet been infected with the Jones Street fever.  The March primary will provide a great opportunity to start working on that.