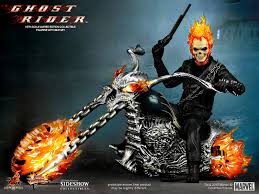 There’s a rather, um, neat trick perpetrated on Jones Street, Capitol Hill, and in legislative bodies all over the country. Find an issue that the chamber is split on, and combine it with another issue the chamber is split on.  Make it all one big legislative package, and have ONE overall vote.  Let’s take the “abortion motorcycle” kerfluffle from last year on Jones Street that really had the lefties and drive-bys in a wad.  Vote FOR the bill, and you are PRO-LIFE and PRO-motorcycle safety.  Vote AGAINST the bill, and you are PRO-ABORTION and ANTI-motorcycle safety. A predicament is created for folks who like one part, but not the other.  See how it works?

We had another case recently.  The General Assembly in Raleigh was considering an “economic development package” that was very important to the governor. It also included a cap on tax increases at the local level.  Don’t like

the sales tax cap, but want to help the governor get his economic development package? You’re in a bind.

Well, it happened again this week.  The honorables were considering the merits of a “farm bill” — championed by many an agriculture interest in the state. But, there was one especially interesting — yet unrelated –tidbit slipped in there.  A Jones Street insider fills us in:

“It was a requirement for landscapers to get licensed.  Yes, that’s right.  A licensing board, regulations, fees,  and licenses for people who cut grass for a living. Apparently, someone heard a landscaper expressing frustration about not being able to bid on state work because a license was required.  Instead of killing off all licensing requirements for landscaping, the requirements have been expanded to everybody.”