TABOR.  (No, not the city in Columbus County.)  I mean:  Taxpayer Bill of Rights.   The very mention of it to liberals has the same effect as a crucifix or sunshine on vampires.

Colorado passed one.  Big government types have been chipping away at it every since.  North Carolina’s state senate has passed one.  And the Tar Heel State left is having one big fall-on-the-floor hissy fit about it:

Just as North Carolina senators were tentatively passing a so-called Taxpayer Bill of Rights on Tuesday, people in Colorado who have lived with a similar bill were warning against it.

But the experience in Colorado – the only state to have passed such a bill – has been more damaging. Several lawyers and professors who have closely studied Colorado’s experience described to the Observer editorial board Tuesday just how that state’s legislation crippled its ability to bounce back from recession and to invest in roads, education and other areas.

North Carolina would ask voters to amend the state constitution to do three things: Limit year-over-year spending increases to a formula based on inflation plus population growth; cut the maximum income tax rate from 10 percent to 5 percent; and create a Rainy Day fund that would be hard to tap.

Get spending under control and save some money for emergency reserves?  *The horror !!!! * MORE:

The bill’s backers took pains Tuesday to distance it from Colorado’s version. While there are important differences, they share the most important component: arbitrarily restricting state spending with a conservative formula. 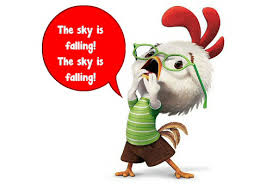 The effect in Colorado? So-called ratcheting down. During a recession, state spending drops. But then each year’s spending is pegged to that new lower level, and the state is unable to get back to responsible levels even when a thriving economy makes that possible.

Bob Loevy, a retired political science professor at Colorado College, said TABOR, as the Taxpayer Bill of Rights is known, has taken a huge toll on highways and higher education. After TABOR squeezed public schools too much, voters required a minimum level of K-12 funding. But with TABOR limiting spending, other things got shortchanged. Colorado’s public universities rank far behind North Carolina’s, and Loevy said some believe they will all be privatized within 10 years. Tuition is up as are fees of all kinds, Loevy said.

“If people in North Carolina want to learn what the real effect of TABOR is, they should study Colorado Springs. It really is Pothole City,” Loevy said.

David Skaggs, a former Democratic congressman who is challenging the law in court, said the ratcheting down effect was such a “nightmare” that voters overturned that piece a decade ago. He cited a recent study that suggested that within 10 years, Colorado will be able to fund K-12, Corrections and Medicaid – and everything else will be squeezed out.

Next year, Skaggs said, Colorado residents “are going to be getting $50 tax refunds even as they complain about potholed streets, a lack of sufficient funds to deal with transportation and highways and no money for public institutions of higher education.”

So should North Carolina. The income-tax provision would cut revenues by almost $2 billion a year, and state Treasurer Janet Cowell warns the bill endangers the state’s high credit rating.

After the Senate gives final approval to the bill Wednesday, the House should stop it cold.

TABOR is a lot like cutting up a spendaholic’s credit cards or taking the car keys from a drunk.  It’s like making a junky go cold-turkey.  It’s not pleasant, but it’s for their own good.

What specifically has these folks so gosh-darned terrified?  Let’s check out a more even-handed analysis of the version of TABOR being ushered through Jones Street:

A Senate committee on Thursday approved a measure that would allow North Carolinians to decide if they wanted changes to the state Constitution to limit the spending growth of state government.

Proponents of the Taxpayer Bill of Rights (TABOR) say that it gives voters a chance to decide whether to approve protections against over-taxation and wasteful government spending in the state Constitution, but opponents say that the plan could leave the state in a tough spot in the face of possible new federal mandates.

<sarcasm> *But, but, but, we have a GOP majority in Congress that will keep all those gosh-darned federal mandates in check!*  </sarcasm>   MORE:

Voters would have to approve each of the three amendments in three votes March 15, 2016.

The provisions would be implemented over four years beginning in 2016 until 2020.

The maximum state income tax rate would be lowered from 10 percent to 5 percent under the bill and only net income after deductions would be counted as taxable income, just like it currently is.

The question would be posed on the referendum as this, “Constitutional amendment reducing the maximum State income tax rate from ten percent to five percent,” and the voter signifies whether they are for or against the measure.

The measure would be effective January 1, 2020.

The second section of the bill would set up an Emergency Savings Reserve Fund to provide funds in case of an emergency or to shore up the state budget in a time of need.

To dip into the fund would require a vote of two-thirds of both chambers.

Limit on growth of state spending

Under the legislation, if approved by voters, annual state spending growth would be limited to increases in population and inflation.

Under the bill, “The maximum annual percentage increase in the State fiscal year spending shall not exceed inflation growth plus the growth in the State population in the prior fiscal year.”

Inflation growth is based on the percentage increase to the Consumer Price Index for All Urban Consumers, excluding energy and food over the last calendar year.

The General Assembly would only be able to circumvent the cap through a two-thirds vote of both chambers.

Applied to the current fiscal year, spending would be limited to $21.65 billion, a far cry from the House’s $22.2 billion budget but $20 million more than the Senate’s $21.47 billion spending plan.

If approved the changes would take effect July 1, 2017.

National organizations like Americans For Tax Reform and state organizations like Civitas are firmly behind the idea of a Taxpayer Bill of Rights.  The honorables need to get this done.  Then, we need to do our part at the ballot box.