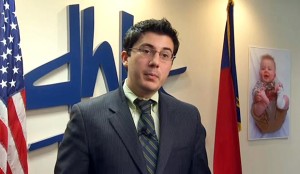 Young Ricky Diaz of New Jersey has certainly caught the fancy of North Carolina’s Republican governor.  He was Pat McCrory’s campaign spokesman in 2012.  Diaz was the governor’s spokesman for a while, before heading over to NC DHHS — where he left amid controversy.

Now, after a short stay in DC, Ricky’s back in Raleigh at NCGOP HQ.    Today, Raleigh insiders informed us that power players — ranging from the governor to Speaker Tim Moore to State Rep. David Lewis — are playing hardball behind the scenes to get Diaz installed in the executive director post being vacated by Todd Poole.

It’s an interesting move with not-so-great timing, since the party is already roiled with dissension about some other party staff hires. 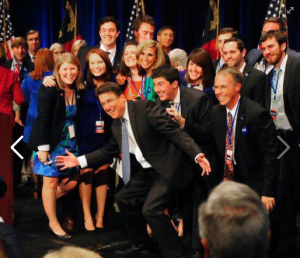 “The governor’s choice for party chairman got stomped at the state convention.  That should have sent him a loud and clear message about needing to work on his relations with the party’s grassroots.

Instead, the governor and his team are trying to tie the new chairman’s hands, install their own loyalists as staffers, and sit the chairman in the corner while they run the party how they see fit.

My sources tell me the strategy is to do an end-run on the party’s central committee and executive committee. Explained another insider: