I spoke with a handful of Republican House members this weekend just for the sake of taking the political temperature.  We’ve previously reported — thanks to inside information — that there are three serious competitors in the race to replace Thom Tillis as speaker:  Mike Hager, Tim Moore, and Leo Daughtry.  All three are quietly organizing support and lobbying their 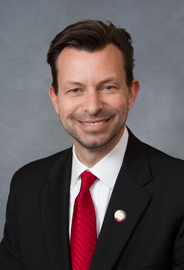 It’s been speculated throughout the media that Rep. Tim Moffitt (R-Buncombe) would be a major player in the race for speaker.  The insiders I spoke with over the weekend tell me that Moffitt has been more focused on his tough reelection bid than he has on any leadership race.  Of the three fore-runners, Moore appears to have the support of the crowd currently close to Speaker Tillis.  Hager appears to be the favorite of newer, more conservative House members.  Daughtry’s support tends to fall within the ranks of longer-serving, more-veteran House members.

But what about Moffitt? One legislator I spoke with told me:

”Moffitt is well-liked, well-respected. He would bring professionalism and class to the office of speaker.  He is somebody who could draw a lot of support from across the caucus.  I know he’s placing a greater priority on getting reelected, right now.  Obviously, a speaker race is out of the question if you can’t get reelected.  But if he comes back, and throws his hat in the ring, he would be a real game-changer.”