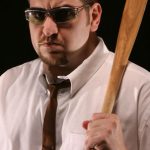 The crowd that is responsible for jacking up your utility bills, littering the landscape with solar panels — and lining the pockets of legislators to get special incentives and favors for their friends, paid for by us — has named state Rep. Bob Steinburg (R-Chowan) a “legislative champion.”

The group that so honored Steinburg is something called “Conservatives for Clean Energy.”  (In this video of the award ceremony, you can clearly see former liberal wacko legislator, ACLU counsel, and Democrat US Senate candidate Deborah Ross, in the audience.  So, throwing the word “conservative” into the group’s name could be called deceptive labeling.)

State Rep. John Szoka (R-Cumberland) also got an award from the group.  In the video, you can hear him say that before he came to Raleigh he was not a big fan of solar energy.  But coming to Raleigh changed his mind.  (* I am suuuuuuure all that cash being thrown about by the Jones Street lobbying crowd has noooooooooothing to do with that transformation.*)