We’re seeing a lot of chest-thumping from a lot of folks talking about what a player he or she thinks she is on Jones Street.  But we’re finding that a surprising number of legislators are having a challenging time making it to the floor TO VOTE.

State Rep. Kelly Hastings (R-Cleveland) has been in the news lately for his ties to political consultants and lobbyists and left-wing activists tied to the solar energy industry. Sources on Jones Street tell me that Hastings traditionally has a big problem with absenteeism for committee meetings and floor votes.  We decided to verify that for ourselves on the NCGA web site.  According to that portal, the House has cast 368 votes so far in the session.  The site shows that Hastings has accrued FORTY-EIGHT “excused absences” so far. (And we’ve got a ways to go before the session is done.) 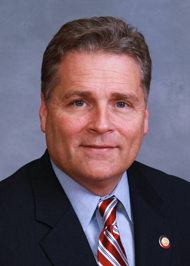 Were these petty, minor procedural votes Hastings missed?  Well, he was a no-show for the contentious debate and votes on restoring the historic preservation tax credit. He missed all of the votes on the legislation that “capped” the state gas tax (but actually hit us with a long-term increase).   Hastings missed voting on some signficant reforms to the state’s criminal laws. He missed a vote on allowing the Turnpike Authority to send out toll bills via e-mail.

Hastings missed the vote on fracking regulations. He also missed a vote on regulations governing purchases of public electric coops (like electricities) by companies like, say, Duke.

We checked to see if Hastings was an anomaly.  Unfortunately, he was not. Rep. David Lewis (R-Harnett) came in a close second to Hastings with FORTY-THREE “excused absences” from floor votes so far this session. Lewis is a close ally of Speaker Tim Moore, serves as chairman of the powerful Rules Committee, and represents the NCGOP on The Republican National Committee.   He missed the vote to repeal the MAP Act.   Lewis missed several votes dealing with significant reforms to the state’s criminal laws. He also missed votes on amending the student health assessment for public schools, as well as for changes to the course of study.   Lewis also missed votes on amending the state health plan, and expanding the tax for mill machinery. He also missed a key vote on new state fracking regulations. (Some of this could be explained by his mother’s recent illness and passing.)

We also conducted a spot-check of various legislators from around the state.  Moore County’s Jamie Boles (R) had 23 instances where he didn’t show up to vote this session.   Greensboro’s John Blust (R) has only ONE instance where he. didn’t vote. John Bradford (R) of Mecklenburg, who replaced Thom Tillis, has

Wake County’s Marilyn Avila (R) had FOUR excused absences and ONE not voting.   Craven County’s Michael Speciale (R) had ONE excused absence.   Pender’s Chris Millis (R) has yet to miss a vote this session.

I don’t know what’s going on that’s keeping SOME folks from making it to the floor to vote.  If members are being stretched too thin, perhaps leadership needs to scale back some of the action.  But VOTING is the most important part of the job these folks were elected to do.  If you can’t find time to show up at your committee hearings or for floor votes, you need to step aside for someone else who CAN make time.

3 thoughts on “#ncga: Showing up is half the battle.”