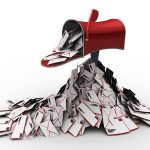 In fact, here’s ONE provided to us by a Democrat friend who found it in his mailbox.

The EDF has a long  track record of sabotaging Republican candidates and conservative policies.  It’s interesting that we now have a Republican gleefully and enthusiastically accepting their help.

By the way, there IS a Democrat in the race who espouses all the standard leftist green platitudes.  The senate district is competitive.

It’s sad that the general election debate in this senate district will likely be exclusively on the left side of the political spectrum.