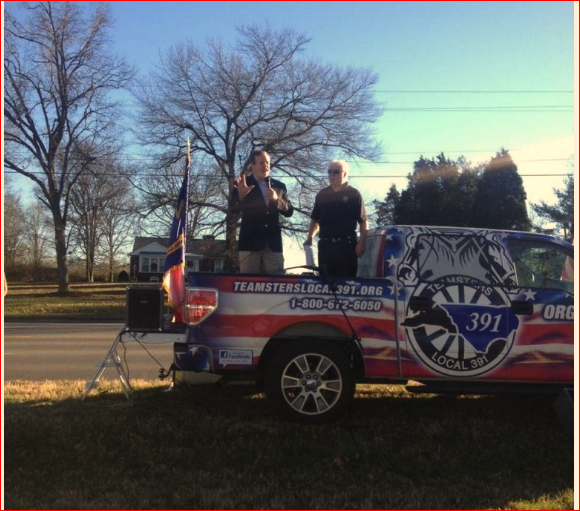 Don’t you just love it when politicians who know NOTHING about a subject try to lecture people who DO KNOW something about a subject?  Law enforcement and military folks get more than their fair share of it. And so do businesspeople.

MillerCoors has made the decision to close its Eden brewery (which is in senate president pro tem Phil Berger’s hometown) by September 2016.  Here’s their explanation, published on the corporation’s website:

“Today we made the difficult decision to close our brewery in Eden, N.C., in order to optimize our brewery footprint and streamline operations for greater efficiency across our remaining seven breweries,” said Chief Integrated Supply Chain Officer Fernando Palacios.

The decision to close the Eden Brewery was due to significant overlap in distribution between Eden and the Shenandoah, Va., brewery, which is approximately 200 miles away. Eden has been a strong performer over the years. However, Shenandoah is better suited geographically in relation to Northeast markets and is also the newest brewery in MillerCoors network.

The Eden brewery employs approximately 520 employees. In 2014, Eden produced 7.1 million barrels of beer, which were shipped to 280 independently-owned distributors. Brands include Blue Moon seasonals, Coors Light, Miller Lite and Miller High Life. Over the next 12 months, products currently produced in Eden will be transitioned to other breweries, including Shenandoah, Va.; Trenton, Ohio; Fort Worth, Texas; Albany, Ga.; and Milwaukee, Wis.

MillerCoors goes on to shed some more light on the reasons behind their decision:

[…] Since the creation of MillerCoors seven years ago, volume has declined by nearly 10 million barrels. This volume loss is due to a variety of factors, including economic challenges, an explosion of choice and fragmentation within the beer business, and a dramatic change in the way consumers engage with brands. As a result of declining volume, MillerCoors breweries are operating at an increasingly inefficient capacity. While MillerCoors is taking steps to strengthen its overall portfolio to drive long-term growth in volume and share, continued volume declines are expected each of the next few years. […]

declined.  That could likely have something to do with the dramatic rise of the craft beer industry in North Carolina. The economic climate, brought on largely by politician and bureaucrat meddling, has made it tough to do business in the United States of America.  Anyone who has ever taken an economics class, or run a business, knows that a corporation’s first and most important mission is to make money for its investors.  It is not a charity.  It is not an employment service.

Politicians and bureaucrats keep piling red tape on businesses and passing crap like ObamaCare, and then throw fits when businesses respond by cutting back or moving away or shutting down altogether.  Atlas Shrugs.

This sounds a lot like an economic concept called ‘creative destruction.’  I just read about a plant in North Carolina that made CDs shutting down after more than four decades of operation.  Society has evolved toward alternatives to the CD.  Demand had declined dramatically for this firm’s products.  They were likely spending more than they were taking in.  As society innovates and creates, some things have to go away to make way for these new things.

This situation has created quite the Twilight Zone plot – with the top Republican in Raleigh holding rallies with the Teamsters to protest the actions of a corporation.   Politicians have to scream and make noise about stuff like this — for the benefit of the folks back home.  And Phil Berger and other Republicans are doing just that:

A group of more than 100 N.C. legislators led by Senate President Phil Berger is demanding more insight into the decision by MillerCoors to close its brewery in Eden next year.

The demands came in a letter from Republicans Berger, who is from Eden, and Rep. Bert Jones of Reidsville that was co-signed by more than 100 legislators and sent to U.S. Sen. Thom Tillis. 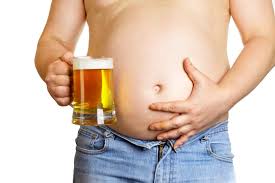 The letter implores Tillis, a Matthews Republican in his first term in Congress, to require answers from representatives of MillerCoors about the planned closure during a meeting of a subcommittee of the U.S. Senate Judiciary Committee slated for Tuesday.

The letter questions why the plant closure was announced just days beforeSABMiller, a partner in the MillerCoors joint venture, began merger discussions with Anheuser-Busch InBev.

The legislators are asking Tillis to raise the questions during a subcommittee meeting slated for Tuesday that’s looking at the effect on competition from the proposed merger.

“It simply doesn’t pass the smell test that MillerCoors opted to close its best-performing brewery and lay off hundreds of highly trained employees just days before public merger discussions were announced,” the letter states. “While these giant beer conglomerates are looking out for their own interests, the hardworking people of Rockingham County are legitimately concerned.”

A representative for MillerCoors did not respond immediately to a request for comment on the letter.

Reached at his law office in Eden on Tuesday, Berger said the letter was prompted by “questions that kept nagging me and questions in conversations with other people that kept coming up.”

In particular, he noted the accolades that the Eden brewery has earned in recent years, which he said make it a top candidate to hold onto, not to close.

“How is it possible for a brewery to be named brewery of the year, and yet of all the breweries that they decide to close, this is the one they decide to close?” Berger said. “If nothing’s going on, they should be able to answer these questions without too much trouble.” 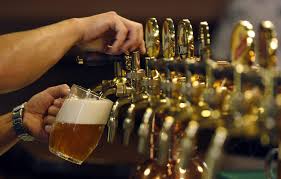 Actually, it does pass the smell test.  If you go back to the company’s release, they talk about the strategy to target areas more toward the northeastern US.  You cut transportation costs and labor costs by moving your production closer to the geographic areas you are targeting.  The release also suggested that (1) the Eden brewery was overlapping too much with the Shenandoah brewery, and (2) Shenandoah was much newer, much more state-of-the-art.

From a business standpoint, it sounds — overall — like a smart move.  I hate it for those people in Rockingham County.  But think about it.  Here in Moore County — at one time — we had a booming horse carriage manufacturing business.  Folks in that industry started to panic when those accursed automobiles started showing up everywhere.  But people survived. They adapted.

It looks like large corporate brewers are struggling to compete with these smaller craft brewers.  The small brewers’ costs are lower, and there is apparently a stronger demand for their products out there.

There is all kinds of evidence out there that our economy is now favoring smaller, independent businesses over large corporations.  It sounds like we need to rethink our economic development strategy to stop pandering to Big Pharma and the Fortune 400, and start aiming to accomodate and welcome the next Henry Ford, Bill Gates, or Steve Jobs.  The guy or gal operating that startup out of their garage who has a lot of drive and big dreams.