Speaking of those Outer Banks — where EVERYBODY already has a job — the issue of offshore drilling is a hot topic this election season. 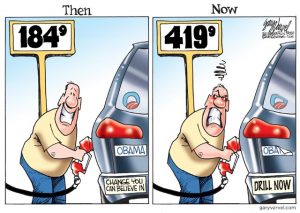 In the NC House district 6 primary,  challenger Bobby Hanig has gone on record opposing offshore drilling in the region — citing a possible negative effect on tourism.

The incumbent in that race, state Rep. Beverly Boswell, is supporting the idea of offshore drilling.  Her campaign is touting the findings of this 2014 study for Dare County government which appears to show a total economic impact for Dare County alone at 3,983 new jobs and $203 million in new investment / income.   Dare is but one of the handful of North Carolina counties bordering the Atlantic Ocean.