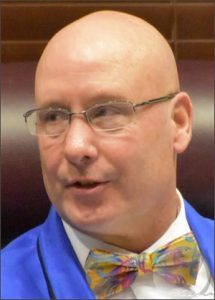 We’ve reported frequently on the Bob Steinburg comedy show in the Outer Banks.  You may have heard about Steinburg’s straight man, Bobby Hanig, the Currituck County commissioner running for the House seat Steinburg is vacating while he runs for the Senate.

Well, apparently, the North Carolina Democrat Party has heard of Hanig too.

They’re wrapping his relationship with “shady” Bob Steinburg, and his supporting role in that sketchy basketball tournament, around Hanig’s neck.

They’ve even produced this helpful chart as a primer on the whole story: 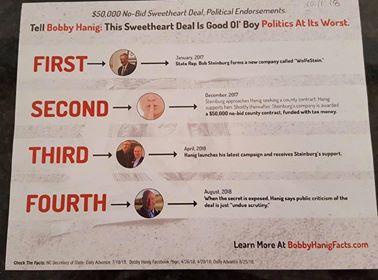 Oh, and Tess Judge (D), Hanig’s opponent, has also taken to wrapping Steinburg and his taxpayer-funded basketball tournament around Hanig in her latest TV ads.