I  have a lot of respect for Democrat uber-consultant / NC Spin regular Brad Crone.  I disagree with him on just 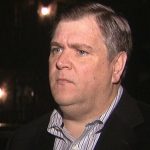 about everything issues-wise. But he does have an interesting, often-on-the-mark take on the state’s political inner workings.

It looks like things have gotten a wee bit pissy between ol’ Brad and his comrades at state Democrat HQ:

Dollar, the Republican General Assembly’s chief budget writer in the House of Representatives and the “House gatekeeper,” has been a key driver of Republicans’ reckless agenda that put the wealthy and well-connected ahead of everyday North Carolinians. His dangerous budgets have undercut public education, shifted our economy towards the wealthy and corporations and against our middle class, and blown a billion-dollar hole in our state budget. In short, Rep. Dollar is fundamentally opposed to the most basic values that bring Democrats together.

“Mr. Crone’s efforts to create a dark money group on behalf of a key member of Republican leadership, in one of the state’s most competitive districts, is disturbing and should cause anyone still working with him to question Mr. Crone’s real motivations,” NCDP Executive Director Kimberly Reynolds said. “Democrats are united in breaking the supermajority and sticking up for what we believe in. Anyone actively working to undermine those two goals is clearly not looking out for our values, and I hope that candidates and campaigns that choose to work with Mr. Crone will think long and hard about what their association with someone involved in dark money efforts to benefit Republicans signals to Democratic primary voters this May.” 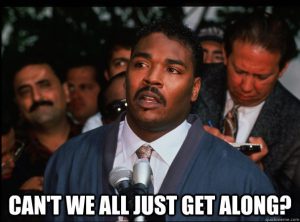 THIS is not the first time Crone has meddled on the GOP side of the fence.  We caught him meddling a few years back in a GOP primary in our area for state district court judge.  Crone’s effort was aimed at benefiting a challenger to an outstanding conservative incumbent who has earned the wrath of the trial bar.

You have to wonder why one of the Democrat “brains” out there is working so hard to save Nelson Dollar.

One thought on “#ncga: NC Dems blast Crone for playing nice with Dollar”