Talk about a piece of work.  This Cherryville lawmaker is clearly living off his campaign fund — stocked by special interests — and he doesn’t seem to care who knows it.  (Further testament to what a toothless, impotent joke the state board of elections has become.)

Speaking of who’s stocking Kelly’s treasury — his fourth quarter 2015 report shows $3,500 from people and companies with clear ties to the solar industry.

if you thought his reporting from the first three quarters was crazy, get a load of the latest.  From July 1 to December 31, Hastings reported being paid $10,592.12 from his own campaign.  (There was no election campaign going on in 2015.)  The campaign reported cutting  checks for $354.78 to Norris Hastings of Shelby.

On July 3, the campaign wrote Hastings a check for $1,680 for the very vague reason of “reimbursement of in-kind.”

On July 31, the campaign cut Hastings a check for $1560.00 for “food subsistence etc. for July for holding public office.”   Never mind that he’s already getting per diem from the state to pay for meals and lodging while the House is in session. 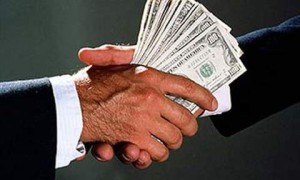 On October 30, the campaign wrote a check to Norris Hastings for $124.20  for “MILEAGE TO PRESNELL EVENT IN MAGGIE VALLEY.”

November 30th’s entry was certainly, um, interesting.  On that day, the campaign cut Hastings a check for $1590.28 for “MILES & HOTEL RALEIGH TO CAFFE LUNA FOR RECEPTION CAMPAIGN EXP.”