At least these three freaks from Orange County are: 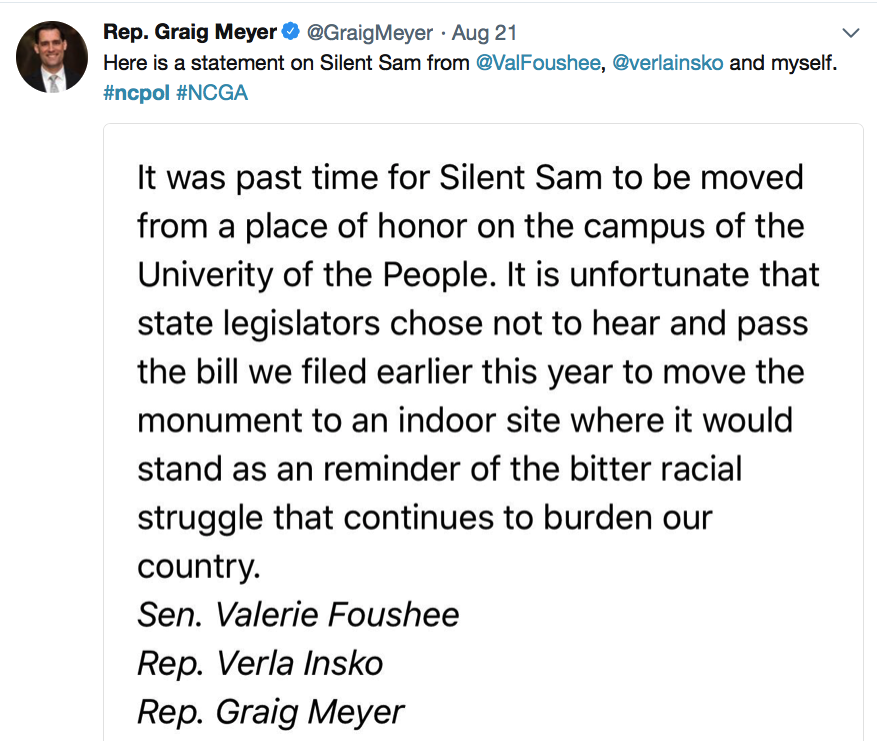 So, mob violence is an acceptable response to not getting your way on the House floor?  What a pack of lowlifes. 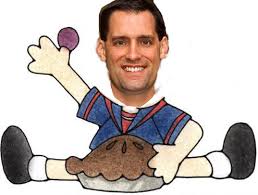 You may remember this dingleberry as the guy who is ashamed to be white.

Meyer and his crew didn’t blink in demanding all conservatives take the blame for (1) The Carolina Plotthound and (2) the Charlottesville riot of 2017.  (Never mind that there was nothing to apologize for in The Plotthound.  Never mind that the Charlottesville “right-wingers” were led by an Obama voter and supporter and proudly defined themselves as “national socialists.”  Socialists are Graig’s comrades.  Not mine.)

Given that, it’s interesting to see Democrats either (1) staying silent, or (2) being defiant apologists for the crime in Chapel Hill.

Graig and the gang have let the mob violence genie out of the bottle.  It’s going to be hard as hell — now that its out and being accepted — to put it back in.