Senator Jeff Tarte has been great for this site.  We pride ourselves on calling out arrogance and indifference among the 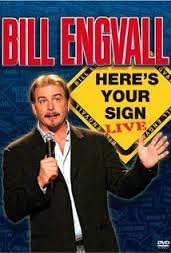 political elite.  We pride ourselves on catching politicians saying one thing to their voters, and doing another when they get to work. Ol’ Jeff is a gift that keeps on giving.

This week, Tarte made an appearance with WBT radio host Mark Garrison to talk about the issue of tolling drivers on I-77 in Northern Mecklenburg County.

Early on in this 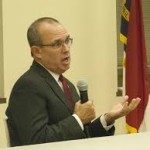 story, Tarte was right there with Pat McCrory and Thom Tillis as the heavy-handed tactics to install toll roads were implemented. Stories began to emerge about problems the toll contractor was having on similar projects in other states.  We also got word about potentially how expensive this could become for area commuters.   Local governments adjacent to the proposed project began passing resolutions in opposition to the toll plan.  Major businesses in the region called a summit to express their displeasure with the proposed project.  As the grassroots opposition started to really mount, Tarte began to mouth some platitudes aimed at keeping the angry mob at bay.

On the radio this week, Garrison took notice of how wishy-washy Tarte was sounding on the toll issue:

“It sounds like you’re doing a little duck and cover.  ‘Hey, if you beat down my door, I’ll file the bill.  If you don’t beat my door down, I won’t do it.’

That got the senator talking tough:

”If the municipalities in the Lake Norman area and county, as well as a number of significant businesses make a request, I’ll file the bill.”

Garrison noted that had already happened, but Tarte was already headed in another direction:

”I’m not going to take the positions to stop a project that has already been approved.  That wouldn’t be appropriate.”

Tarte said there would be a “remote chance” legislation halting the toll project would be successful, which prompted Garrison to comment:

“You really don’t sound like you have your heart in it, actually.”

“It doesn’t make a lot of sense when you’ve got 80 percent of the population saying we want the tolls , then you’ve got a loud group of 200 people who say no we don’t. That’s not the way you run a democracy.”

Garrison tried to pin Tarte down on where he got the “80 percent” statistic.  The senator responded, after some stammering and stuttering:

”You’re not seeing any Moral Monday rallies around this.”

Tarte brought up the old saw about ”no funds” being available for road construction.  (He neglected to get into the long-term robbery of the highway trust fund, or any plans to put a stop to future robbery of said fund.)

The senator closed with this jewel:

“The probability of this changing is very slim.  Calling this a long shot is an optimistic view.”

If you think this guy is honestly going to help you stop this toll project, you REALLY need to get your head out of the sand.   (And get your sign.)

4 thoughts on “#ncga [Think Jeff Tarte is going to help you stop tolls? HERE’S your sign.]”