Hillary Clinton. Sidney Blumenthal.  A call for surrender.  All of these have been part of the Ladies-Only GOP slugfest to replace state Rep. Rick Catlin in the General Assembly.

Now, the majority leader of the state House,  and — many say — a serious threat to the longevity of Tim Moore’s speakership, has weighed in on this Wilmington area race: 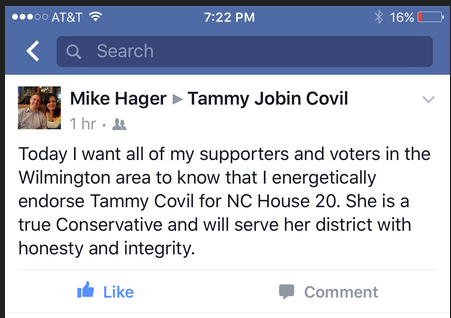