Here’s the bill being reported solely as a ”police body cam” piece of legislation: 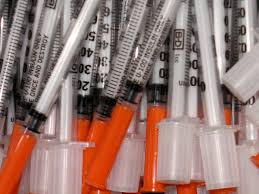 (a) Any governmental or nongovernmental organization, including a local or district
health department or an organization that promotes scientifically proven ways of mitigating
health risks associated with drug use and other high-risk behaviors, may establish and operate a
needle and hypodermic syringe exchange program. The objectives of the program shall be to do
all of the following:
(1) Reduce the spread of HIV, AIDS, viral hepatitis, and other bloodborne
diseases in this State.
(2) Reduce needle stick injuries to law enforcement officers and other
emergency personnel.
(3) Encourage individuals who inject drugs to enroll in evidence-based
treatment.
(b) Programs established pursuant to this section shall offer all of the following:
(1) Disposal of used needles and hypodermic syringes.
(2) Needles, hypodermic syringes, and other injection supplies at no cost and in
quantities sufficient to ensure that needles, hypodermic syringes, and other
injection supplies are not shared or reused.No public funds may be used to
purchase needles, hypodermic syringes, or other injection supplies.
(3) Reasonable and adequate security of program sites, equipment, and
personnel. Written plans for security shall be provided to the police and 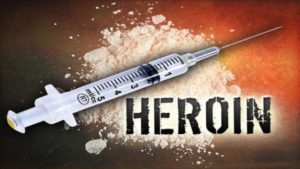 This is NOW law, people.   So, on one hand, the government will be saying ‘Don’t do drugs or we’ll arrest you’ and, on the other hand, will be aiding and abetting the intravenous use of the same illegal drugs?

If this is such a worthy, important idea with widespread support, why did it have to be sneaked through in a bill about police body cams?   Here’s the take from the NC Family Policy Council:

In a somewhat clandestine move in the closing days of the 2016 Legislative Session, the N.C. General Assembly has legalized “needle and hypodermic syringe exchange programs” (SEP) across the state. In essence, these programs provide intravenous drug users (like heroin, cocaine and meth addicts) with free needles, syringes and other injection supplies, as well as immunity from prosecution under state drug paraphernalia laws.

After becoming aware of efforts to push the measure, NC Family president John L. Rustin communicated concerns about the proposal with members of the State House and Senate. “The NC Family Policy Council understands and agrees with the objectives of reducing the spread of diseases through shared needles, reducing the incidents of needle stick injuries to emergency personnel, and directing drug addicts into effective drug treatment programs;” Rustin said, “however, we do not believe SEPs are the best answer to these problems, and, in fact, we believe they could be counterproductive.”

Rustin also pointed out that in actuality, “…these programs may facilitate illegal drug use among drug addicted populations. SEPs also send a highly mixed message to children, young adults and other members of society that the use of illegal drugs—such as heroin, cocaine and meth—is illegal and harmful, but if you participate in a SEP, the state (including law enforcement) will not only look the other way but also provide you with the tools you need to continue in your addiction.” […]

Exactly.   And he wasn’t done:

[…] On Tuesday, June 28, the syringe provision was added by the Senate Judiciary 1 Committee to a bill dealing with body cameras worn by law enforcement officers, HB 972–Law Enforcement Recordings/No Public Record. The next day, it was passed by the full Senate and then by the full House, although the House had never discussed the bill in committee.

And don’t be deceived when you hear the program referred to as a “syringe exchange program.” The legislation would be better titled, Free Needle and Drug

Paraphernalia Give Away Program, because there is no “exchange” required in the law. The language of HB 972 stipulates that organizations may offer “needles, hypodermic syringes, and other injection supplies at no cost and in quantities sufficient to ensure that needles, hypodermic syringes, and other injections supplies are not shared or reused.” This is not a one-to-one needle exchange, nor does it offer any incentive for drug abusers to bring in dirty syringes for safe disposal. As a result, the number of infected needles that law enforcement officers and sanitation workers encounter may, in actuality, increase.

The term “injection supplies” also raises concerns over what this might mean in our communities. In some “needle exchange” programs around the country, this term refers to far more than syringes, including items such as cookers, tourniquets, alcohol wipes, and condoms. Without clear stipulations regarding what constitutes “injection supplies,” there are no limits on the kinds of free drug paraphernalia that can be offered to drug abusers, or for that matter, to drug dealers. However, it is important to note that “public funds” cannot be used to purchase supplies.

Rustin concluded his remarks to state lawmakers saying, “Instead [of authorizing SEPs in North Carolina], we believe the state should focus its attention and resources on addressing the root of the issue by researching and deploying the most effective intervention methods and drug treatment programs to help intravenous drug users break their addiction.”