It’s not the way you want to pick up a House seat.  But the Democrat nominee for the House seat being vacated by Democrat-turned-Unaffiliated Paul Tine has passed away just days before the election: 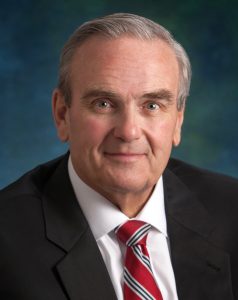 Warren Judge, a Dare County Commissioner and the Democratic candidate for the Destrict seat in the North Carolina House of Representatives, passed away overnight after a brief illness.

Judge became ill Wednesday night and was taken to Sentara Norfolk General Hospital. The nature of his illness was not disclosed.

Judge was serving his fourth term on the Board of Commissioners and had been chairman for 11 years.

The family released the following statement through Dare County this morning:

“Our hearts are deeply saddened by the loss of our beloved husband, father, grandfather, brother, uncle, and friend, Warren C. Judge III. We are grateful for, and comforted by, all of Warren’s friends and supporters in Dare County, which he loved so dearly. It was one of the greatest honors of Warren’s life to serve as a Dare County Commissioner for the past sixteen years.

“We are also grateful for Warren’s many new friends and supporters he made throughout NC House District 6 over the past year. Warren was looking forward to the opportunity to serve all of the citizens of House District 6 in the NC General Assembly.

“We are immensely grateful for everyone’s prayers and words of comfort during this difficult time.”[…]

Beverly Boswell, Judge’s colleague on the Dare County Board of Commissioners, is the GOP nominee for the seat.