Popular state senator Bill Cook (R-Beaufort) confirmed to the drivebys what we all knew to be inevitable.  Redistricting put him into a very Democrat district already represented by a Democrat incumbent.

He could have slugged it out in a quixotic manner, but he decided to retire from the General Assembly on a high with his head held up.  To local political observers, Cook has been an important, effective public servant who has done a great job to grow the GOP’s influence in a district that used to be dominated by Marc Basnight’s Democrat machine. 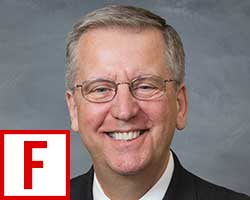 Early in this current redistricting process, GOP state Rep. Bob Steinburg (Edenton) made it clear he was leaving the House and aiming for a new coastal senate district that includes much of Cook’s current constituency.

Steinburg IS an A-Number-One solar goon who has been passionate about state mandates and subsidies for wind and solar power. (You know, things that please liberals and jack up our power bills.)  He’s been close to House leaders, despite his less-than-stellar attendance record for votes.

Small-government types along the coast, I’m told, are less than enthusiastic about being repped by Steinburg on Jones Street.  Many of them have been looking for options.  They MAY have found one in Dare County businessman Clark Twiddy. 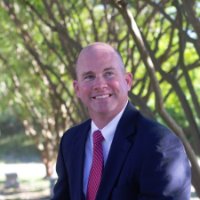 Twiddy has been exploring the idea of running to succeed Dan Forest as lieutenant governor.  Twiddy is a friend of Forest’s, and I am told is a Republican in Forest’s mold.  They have worked together on the state community college board.

He’s also known as a friend and ally of outgoing senator Cook.

Twiddy is a US naval intelligence veteran who has been working for years in his family’s successful business on The Outer Banks.

The full-court press is on to convince Twiddy to change his focus from Lieutenant Governor to state senator.  I am told Twiddy is listening to all-comers, and is promising a decision on this matter shortly after The Labor Day holiday.  (We’ll be watching this one.)