“[…] They go back to scoring political points to satisfy the base so that The Daily Haymaker will have something nice to say about them.[…]” 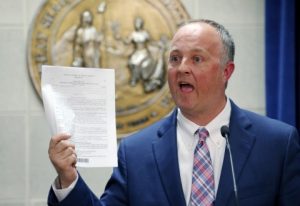 Oh, how the potty turns.  The latest twist in the HB2 saga featured dueling press conferences, tweeted emails, and all kinds of denials and accusations about WHO exactly compromised or did not compromise on the whole laws of nature and gender thing.

We’d like to hope Jackson is right — that the House majority is motivated by making friends with this site.  Sadly, we’ve seen way too much to believe that is their true motive.

Personally, this site is not about making friends in Raleigh. It’s about holding their feet to the fire so that they respect and honor the trust put in them by the folks back home.

This whole rigamarole about HB2 is nauseating.  We got told all through 2016 about how important protecting women and girls in the locker room and bathroom was. 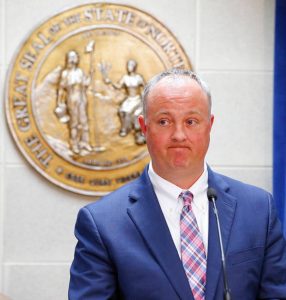 Now, the same people who sold us that bill of goods are trying to come off like civil rights crusaders — bashing the people who don’t control the legislature for NOT compromising on repealing HB2.

The state constitution says the Charlotte ordinance — which got the whole ball rolling — should have gone through the NCGA for blessing first and foremost.   Repealing HB2 would OK ignoring the constitution — without even bothering to amend it.

It’s well known that the NCGOP needed to fire up the church-going base for November 2016.  (It worked.  And November 2018 is a looooooong way off.)

The GOP majority has done so much caving on government spending, regulations, taxes, and now family values.  What WILL they stand for when they next stand for reelection?

There is so much more good left to be done. The left WANTS to talk about HB2.  Why not use your veto proof majority to MOVE ON?

Do we cave to corporate gangsterism and shakedowns — or even shakedowns from non-profits like the ACC or NCAA?  (Personally, I believe the actions of those two groups have earned them the stripping of their special tax status in North Carolina.  No special favors for mostly-government funded entities that devote so much energy to trashing and threatening our state.)