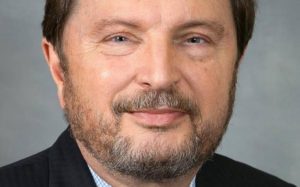 State senator Fletcher Hartsell is having a case of The Mondays on Tuesday:

Fletcher Harsell, a state senator from Concord, was indicted on Tuesday by a Wake County grand jury on allegations that he signed false campaign finance reports.

The 69-year-old Republican turned himself in midday at the Wake County magistrate’s office. He is charged with three counts of certifying a campaign finance document as correct, while knowing it was not correct.[…]

Ok, if Fletch got popped for THAT, I wonder what the courthouse crowd must think of, oh, $19000 worth of suits, condo mortgages, or a candidate

paying himself a salary from the campaign?   Methinks many a bodily orifice is puckering up, in the vicinity of Raleigh’s Jones Street, at the very thought of possibly rooming with ol’ Fletch in a state facility in the near future.

Pick a campaign finance report from the state board of elections web site, and you can find all kinds of stuff akin to what Hartsell has been busted for.   Senator Jerry Tillman, for instance, has a “campaign headquarters”  on a Raleigh golf course.  (His district is not even close to the “headquarters,” Raleigh, or even Wake County.)  You have all kinds of dinners being charged to campaign funds which get IDed on reports as “meetings with constituents” or “meeting with volunteers.”  It’s funny how many of those occur in trendy places well outside their respective districts.  Jason Saine has spent over $120,000 from his campaign fund in an election cycle where he had NO primary or general opponent.

Legislators have put on a good show — passing gift bans and contribution limits.  Meanwhile, they are buying all kinds of personal stuff with their campaign funds.  The setup looks like a great way to launder bribes from lobbyists and other,um, interested parties.

Democrat speaker Joe Hackney ran Rep. Ty Harrell (D-Wake) out of the House for a few thousand bucks in questionable spending.  Tim Moore has shrugged off Jason Saine’s antics and even allowed him to keep his chairmanship.  In 2010 and 2012, we got all kinds of lip service about how the new crowd in charge was going to be different.