Poor Charlie.  He just can’t win.  He got the amnesty opponents riled up on the big driver license vote. [He voted to kill the Blust amendment stripping license privileges for illegals from the legislation, and then voted in committee to kill the bill.]

Now, he’s got the gay lobby angry.  They were happy with him on his initial vote against the bill protecting the religious freedoms of magistrates. Jeter had gone on record saying he would vote to uphold McCrory’s veto:

The override attempt comes up today, and — surprise — Mr. Jeter is nowhere to be found:

(For the record, I have TWO sources who tell me they definitely saw Jeter roaming the hallways of the Puzzle Palace today.)  As expected, the gay lobby was not happy with the vote  (Check out the reply below from “Kate”: 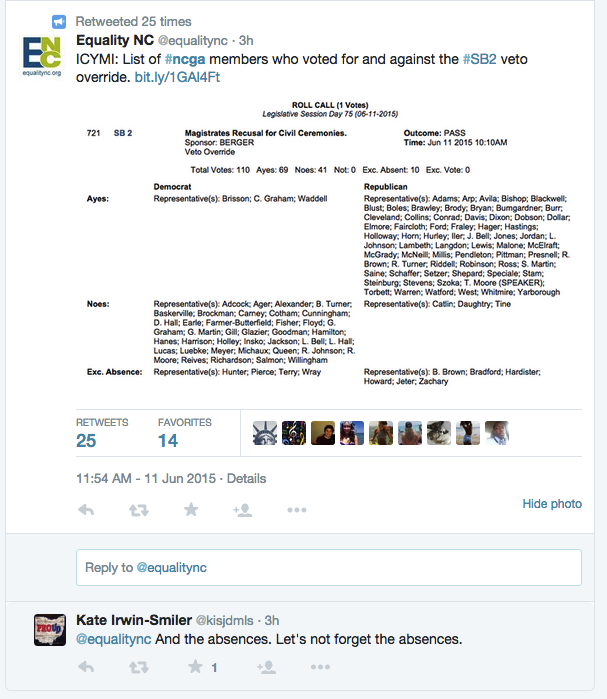 This may have been part of some strategy.  The smaller the turnout, the lower the number of votes needed for an override.  Leadership could have instructed those three to go take a walk in order to achieve that objective.  (They would have been NO votes if they had been “present.”)