I usually shudder when I hear chirping about bipartisanship.  It typically means Republicans caving in to the Democrat agenda.  But I’m here to tell you about an example that took a turn for the better.

Most rational people understand the logic behind not taxing churches.  The good they do in the community rightfully outweighs the desire to bleed them dry like government does the rest of us.

Yet, some bureaucrats across our fair state have discovered — and have been using — a loophole in tax law to try and bleed some cash out of houses of worship. Case in point — THIS episode in Randolph County: 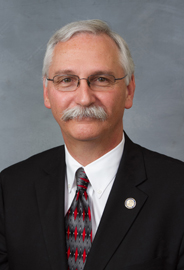 Neal Jackson, pastor of Beulah Baptist Church, in Bennett, North Carolina, and his congregation were shocked when they learned last year that the Randolph County Tax Department had assessed their property and determined they would have to pay taxes on it. The assumption was that property used for religious purposes was exempt from paying taxes by state law.

Tax assessors, however, found a loophole in the property tax law and were sticking it to the folks at Beulah Baptist. North Carolina General Statutes say that buildings “shall be exempt from taxation,” if the edifice is “wholly and exclusively used by its owner for religious purposes.”

At the time, Beulah Baptist was building a new sanctuary that was still under construction. Because the construction was not finished, and, therefore, they had yet to obtain their occupancy permit, the Tax Department determined the new construction was not being used “wholly and exclusively for religious purposes” and should be taxed.

The church appealed their tax bill of more than $7,000 to the Randolph County Board of Equalization and Review and the Board reversed the decision. Nevertheless, Pastor Jackson always remained concerned about where this same situation might be happening to other churches in the state.[…]

Seriously?  *You haven’t started preaching in it yet, so we’re going to hit you with a big fat tax bill.*   Did the bureaucrats think the new structure was going to be condos to be sold and rented? Office or retail?   Unbelievable. You would hope that nonsense like this would be a rarity. But it has become a statewide problem.

One thought on “#ncga: A most welcome piece of bipartisanship”