We’re on Twitter here.  You can waste a lot of time there if you’re not careful.  There are all kinds of people — from all political stripes and varying levels of intellectual development — making pronouncements there.

We try our best to avoid getting into tussles in Twitter-land.  It’s so tough to coherently make your point in 140 characters or less.  But this got our juices flowing:

Hmm.  OK.  (Just to make sure we’re all up to speed here — Susi Hamilton is a Democrat legislator representing the Wilmington area, while Ms. Cotham is a Democrat holding the legislative seat previously occupied by the illustrious, distinguished Jim Black.  Ms. Cotham’ 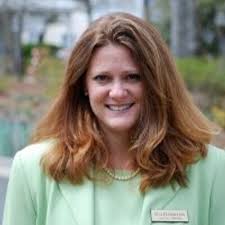 s mama is Mecklenburg County commissioner Pat Cotham, and her hubby is former NCDP chairman Jerry Meek.  Ms. Cotham is a vice-principal in a Charlotte area school who manages to keep her job even though she spends so gosh-darned much time in Raleigh.)

Politicians on both sides of the aisle regularly make the claim of ”creating jobs.”  Unless they are expanding an existing regulatory agency, or creating a new one, they are not.  Even in that situation, they are killing potential economic growth elsewhere.  Expanding the government means taking more money from the private sector that COULD have been spent on growing a business or two or three.  Here’s an excellent article from John Stossel taking on the well-worn claim about politicians creating jobs.    Economic freedom and the markets themselves are the main catalysts for job creation.

In 140 characters or less, we tried to respond to Ms. Hamilton and Ms. Cotham:

Of course, Ms. Hamilton overlooked that first comma and the second sentence and declared us sexist:

lk about missing the point BY A MILE.    I personally know TONS of hardworking female small business owners and entrepreneurs who “create jobs” and do all kinds of useful stuff for average Joes across North Carolina and the country.  (Unlike politicians.)

For what it’s worth, legislative researchers have found the state can save nearly ONE MILLION DOLLARS in this fiscal year by passing the gun legislation being moaned about by Ms. Hamilton and Ms. Cotham.  Cutting state spending creates an opportunity to kick money back to taxpayers that they can use to invest in the private sector.

But back to our discussion with these two “job creators”:

With that, they tried to send us to “the vice-principal’s office”:

WHAT? Bless my heart?  (Does Mama Pat know you talk like that?) 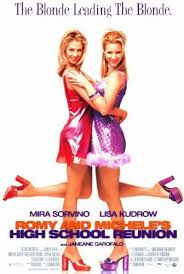 ut what these two ladies have been doing to keep busy in Raleigh.  First, here’s Ms. Cotham’s record of introduced legislation. I see a lot of stuff related to the public schools and a lot of, um, “tweaking” of regulations, but nothing that screams JOB CREATION.

Okay, now let’s move on to Ms. Hamilton’s track record for this session.  (She IDs herself as a “business consultant” so we’re bound to find some gold here.)

She’s sponsored a bill legalizing marijuana.  (I guess you can call that an attempt at job creation.)  Hamilton co-sponsored the regulations for fracking — an industry with potential to create an economic boom in the state.  Oh, and she revived that dead horse named “The Equal Rights Amendment.”    It looks like she did Cotham a solid by introducing legislation reforming pay for assistant principals.

Folks, don’t fall for it when people from Jones Street, Blount Street or Capitol Hill tell you they created jobs.  YOU and the free market are the ones who decide whether any of that happens.  Those folks do little more than hinder economic growth and job creation.

3 thoughts on “#ncga: A little Susi and Trish time on Twitter”