It appears the solar energy industry has made more inroads into the Republican Party than we previously thought.  There’s been quite a hullabaloo on

A west coast-based group called “Tell Utilities Solar won’t be Killed”  (TUSK) is engaging utility providers and state legislatures in Arizona and other states — including, most recently, North Carolina.  TUSK has even hired Barry Goldwater, Jr., the former California congressman and son of the conservative legend, to head their effort:

North Carolina utilities including Duke Energy Carolinas and Dominion North Carolina Power have laced a well-intentioned North Carolina solar bill with a poison pill that would unravel the fundamental solar policy net metering.  Publicly, the utilities are opposing the bill to prevent the innovative third-party-owned solar business model from taking off in the state.  At the same time, behind the scenes they have slipped in language that would pave the way for stifling the solar market if the bill passes.

Net metering, the policy that gives solar customers full, fair credit for their excess solar energy, is critical to energy choice and competition. Utilities don’t like it because they want to get rid of the competitive solar market.  If passed, the “Energy Freedom Act” HB 245 would give the North Carolina Utilities Commission (NCUC) the authority to approve a separate, discriminatory tariff for net metering customers.  A separate tariff paves the way for stripping Tar Heels of the credit they deserve for investing in solar for their own roofs.  The bill would also allow utilities to create a separate rate class for rooftop solar customers, a vehicle for solar taxes.

“This bill has a hidden poison pill that would undermine the solar industry,” said TUSK Chairman Barry Goldwater Jr. “The state Legislature should recognize this utility deception and strike the anti-solar language.”

Solar choice and competition are the conservative way, and should remain the North Carolina way. Utilities have launched attacks across the country to stomp out competition from rooftop solar, and North Carolina is just the latest example.  Don’t be fooled by the utilities’ tricks.

Here is the text of House Bill 245 that has Mr. Goldwater & co. all riled up.

About this time last year, the head of Arizona’s chief utility regulating authority took on Goldwater and TUSK in the pages of The Daily Caller:

I hope this letter finds you well. I write in reference to your role as paid spokesman for TUSK (“Tell Utilities Solar Won’t Be Killed”).

You are the son of the man who tended the seeds of the conservative movement, and the country is forever in his debt. An extraordinary legacy is enshrined in your name.

You are also the face of a self-described Republican organization dedicated, as you say, to “the American way.” This dedication has manifested itself in vigorous opposition to Republican footsoldiers in what you call “a war on solar.”

TUSK’s tactics in this “war” are an incitement to hearty debate and an occasion to ponder TUSK’s devotion to the conservative principles you and I hold dear.

These principles include (in your words) “choice” and “the free market” and opposition to “monopolies.” Republican politicians deemed “anti-solar” by TUSK fail to be animated by these verities, and TUSK sees fit to remind fellow Republicans how unfit for office many Republicans can be. 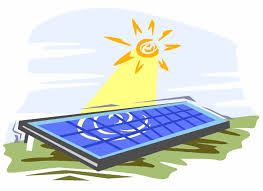 I would like to ask a series of questions which will, I hope, provide greater insights on TUSK, to the benefit of conservatives and the energy industry at large.

If TUSK is interested in “energy competition” and “the free market,” as it purports to be, why not forswear all solar subsidies? The energy sector is shot through with subsidies, as I am well aware. But how is the solar industry’s lingering dependence on government largesse compatible with a sincere devotion to free-market principles, to which TUSK claims to adhere?

You frequently warn Republicans that they are weakening themselves electorally due to positions you deem “anti-solar,” risking losses to Democrats. Yet TUSK has spent not one cent opposing a Democratic politician or candidate. Would you agree that you are tearing a page from the Democratic playbook when you say some Republicans’ views on solar would harm “seniors, churches, and schools” (perhaps the Little Sisters of the Poor, too)?

Surely TUSK, by attacking Republicans as “anti-solar,” is not intending to inflict the damage it wishes to forestall. I suppose it is possible that TUSK thinks it is saving the Republican Party from itself by working to defeat Republicans.

Do you remember State Rep. Mike Turner, of Oklahoma? He is a Republican subjected to TUSK’s tough love. His opposition to subsidies renders him an improper TUSK Republican, which means he has failed conservatism generally. In a TV spot opposing his candidacy, TUSK asks, “Will he turn on conservatives?” I know TUSK would perish at the thought, Barry.

The Huffington Post wrote approvingly of TUSK’s involvement in Turner’s race, which makes sense, given its charitable concern for Republicans putting Republican victories at risk.

Another wayward Republican is Doug Little, of Arizona. Little is running for a seat on Arizona’s powerful utility commission, which I chair: the Arizona Corporation Commission. Little has been subjected to over $200,000 in spending by TUSK, which aims to warn conservative voters that Little is a “liberal.”

Little is actually the most conservative Republican in the race, but what’s a disagreement among friends – even if President Obama’s Organizing for Action activists attended the TUSK rally accusing Little of Obama-style liberalism?

Your dad, like JFK, always appreciated irony. Do you find it ironic that out-of-state solar company executives – fond of President Obama’s energy agenda, with business before the Commission – are painting as liberal a conservative who, you claim, lacks integrity because he is the beneficiary of alleged “dark money” spending from a utility (Arizona Public Service) with business before the Commission?

In a larger sense, should Arizonans be concerned about out-of-state solar companies (many from California) spending hundreds of thousands of dollars to influence the election of regulators who determine what Arizonans pay for electricity?

Or are you comforted by the fact that the media have entirely ignored TUSK’s spending thus far? Indeed, the solar industry has never spent so much on a Commission race, but it appears the liberal media we both bemoan have finally given a Republican organization a pass.

Speaking of spending: Barry, I’m no campaign finance expert, but I note that TUSK’s campaign filing with the Arizona Secretary of State lists $561 in contributions but $227,624 in spending. Is your math fuzzy, or is TUSK spending “dark money”? Also, why don’t you enumerate TUSK’s spending on the protestors it pays to show up at rallies?

Let us ponder “pro-choice” Republicans. In the Tea Party Tribune, an on-line newsletter, Buck Williams writes that “the citizens of Wisconsin, as should be their right, are choosing to free themselves from monopoly power generation” by deploying rooftop solar.

Solar adopters, Williams writes, are “like Benjamin Franklin, Thomas Jefferson and Samuel Adams.” They are “choosing solar because they want to be free to make their own choices without monopoly interference.”

TUSK quotes Williams approvingly. You say the “choice” to deploy solar “is the American way.” Americans, we all know, “want to be free.”

You compare “solar choice” to “school choice,” and contend that Republicans you deem insufficiently “pro-solar” oppose a core value Republicans hold dear: “choice.” “We want energy choice and independence, and solar provides that,” you say.

In other words, how can these latter-day Founding Fathers make the choice to “go solar” without the 24-7 power provided by the utility – the very entity which you claim impedes their choice? Doesn’t the utility actually make their choice possible? Isn’t solar’s success dependent upon the utility’s “dirty energy”?

Perhaps solar devotees such as Williams may someday resemble early American patriots in their fondness for candles and lamps, should their fantasies regarding the destruction of “socialist monopoly utilities” be realized.

TUSK opposes efforts to “tax sunshine,” as you put it. (Rachel Maddow called it a “fine for the crime of using solar”). Requiring solar users to pay their fair share of the electric grid is a “tax on the sun”? Isn’t it actually a “tax” on Arizonans who “choose” not to employ solar — 98 percent of customers residing in APS territory — to expect them to pay solar users’ share of the bill?

Solar City, one of your member companies, is worth more than Pinnacle West, holding company of Arizona’s largest utility. Why must solar customers — instead of solar leasing companies — bear the brunt of paying solar companies’ property taxes? Is it because most solar leasing contracts ensure that customers pay the tax? Caveat emptor, Barry?

Thank you for considering my questions. I know you and TUSK wish the best for Republican candidates and will publicly chastise them, with boatloads of cash, should they fail to embody the conservative principles we cherish.

As ever, your friend,